Covid-19 isn’t going away, but you can control the severity of the virus by vaccinating. 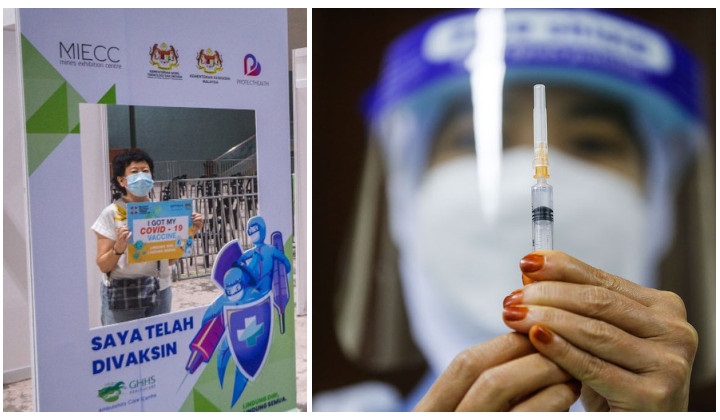 By now, we should know that vaccination does NOT grant immunity to Covid-19 but it will lessen the severity, which means lesser hospital admissions and lesser deaths.

To further demonstrate this, Rosda Syazana Rosti who goes by the username rosdasyazana, took to her social media and shared a post that has given some hope in otherwise dark times the coronavirus has brought upon us.

Her post has since gathered more than 11,000 likes with users thanking her for sharing, and as one user commented, “you have no idea how much hope it gives me”.

In her post from Monday, Rosda posted graphs of “new infections” and “deaths” in the United Kingdom and the Netherlands, both countries which have loosened social restrictions.

The graphs, which she took from Reuters based on the daily reported trend from 23 July, shows that the spike in infections correlates with a spike in deaths.

Once vaccinations took place, infections and deaths went down as well.

It remained low for a while until the highly contagious Delta variant started spreading like wildfire, hence why there is a sharp increase in new infections towards the end of the graph, BUT the death trend remained VERY LOW this time.

Rosda says that this trend shows that despite the vaccines initially being thought to not be enough for the variant, it is still doing its job to curb the severity of the cases.

Don’t look at the increasing number of new cases

In another post by Dr Tasha Karan, the paediatric doctor who went viral after sharing a powerful picture that sums the plight frontliners face during a pandemic, instead of counting the daily new cases, the numbers we should look at are the ‘total ICU cases’  and ‘total death cases’ as those numbers should go down as more vaccinations take place.

Dr Tasha also dedicated a post for those who are waiting to get vaccinated because they think they still have time, won’t get Covid, or are still waiting to choose their preferred vaccines.

She urged them to take a look at the new infographic the health ministry has posted with a breakdown of cases by Covid categories.

She notes, a range of 73% – 95% of the cases in the most severe Category 5 are in unvaccinated individuals.

Although the increasing numbers are worrying, Rosda is hopeful we can almost see the light at the end of the tunnel.

To curb the severity of the cases, a certain percentage of a country’s population must be vaccinated.

For example, the UK has administered 83,239,491 doses of Covid-19 vaccines so far and assuming every person needs 2 doses, that’s enough to vaccinate 62.3% of the country’s population, while the Netherlands has an estimated 54.9% of their country’s population vaccinated.

Currently, Malaysia is estimated to have 25.1% of the country’s population vaccinated and based on the news reports published by Bernama, all states in Malaysia will achieve a vaccination rate of more than 50% by the end of August, 70% in September and a target of fully vaccinating 100% of the adult population by October!