Did you know that Kelantan was once spelled ‘Calantan’? 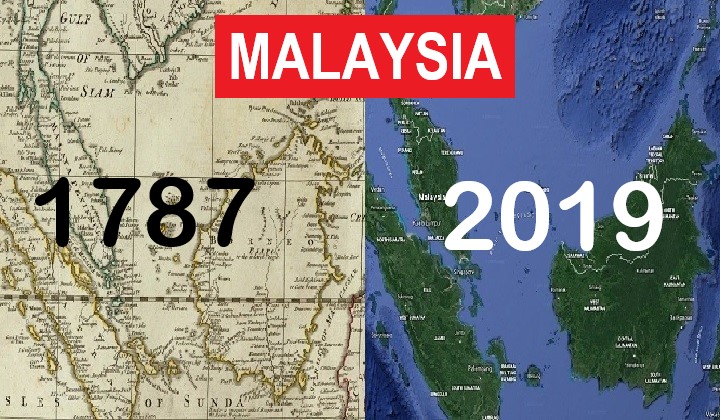 The British Empire ruled supreme, Australia was just being established as a penal colony and giant hats were considered the height of fashion.

While we may never be able to see that world for ourselves, this map by American Map Collector David Rumsey gives you a small peek into the old world.

So we spent a couple of hours digitally cosplaying as Marco Polo, exploring Malaysia in 1787 and comparing it to the maps of today and here are some hidden treasures that we’ve discovered:

Penang Island was once known as Prince of Wales’s Island

While this may not be news to most of you, it’s still pretty cool to see it on a map in comparison with modern-day Penang.

National borders were more of a ‘suggestion’

The border between the Malaya Peninsula and the Kingdom of Siam was just a dotted line cut straight across.

Meanwhile, Borneo was just a free-for-all, with no separation between the areas now known as Sabah, Sarawak and Kalimantan.

Names in 1787 were… interesting

And Borneo was full of unusual names that seem to have disappeared from modern maps.

BONUS: Phuket and the surrounding islands may have been called Junkfelon Town & Islands

It’s actually really fun navigating the world through this tool. Try it for yourself (HERE) and see what hidden treasures you can find!