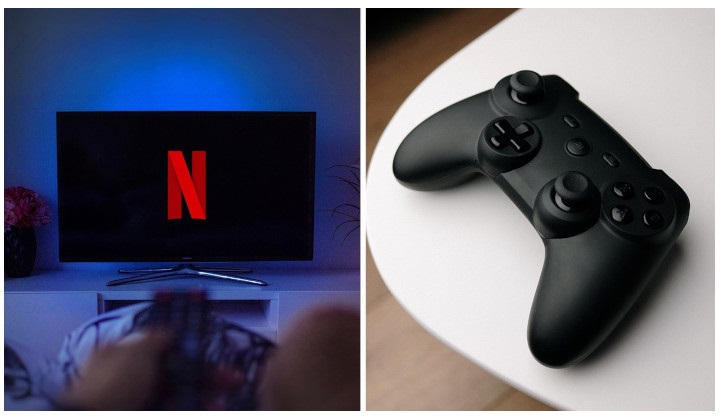 Netflix confirmed recently that it will include video games free as part of its subscription packages and are currently in the early stages of its expansion.

The time is right to learn more about how our members value games.

A step into its transition, the streaming giants have already made a few moves by hiring Mike Verdu, former Vice President of Game Development at Electronic Arts (EA), and is also reportedly expanding its deal with Bridgerton creator Shonda Rhimes to include gaming.

With increased competition from newer streaming services like Disney+, gaming could provide Netflix a unique offer following in the footsteps of popular series Black Mirror’s interactive “choose your own adventure” episode ‘Bandersnatch’.

In the special one-off production, viewers were given the choice to dictate what happens next based on choices given to them on the screen. This would then lead to various plot points and endings.

The technical design of Bandersnatch was widely praised with IGN saying it does a solid job of explaining how the experience works.

Another unique benefit of an interactive format Netflix would have, according to an article by The Verge, is the difficulty for it to be pirated like films or TV shows as it requires more active engagement.

The greatest advantage though? Data gathered from user participation and the ways that data could be used to create an internal programmatic marketing infrastructure.

In other words, Netflix previously studied how users engaged with its content, hence why your Netflix homepage looks different from others as it is based on the titles you like to watch. Now, with an interactive “gaming” aspect, it can track real decisions.

The decisions tracked when “playing” offers insight about what Netflix’s subscribers want out of a story and what choices they most want to see characters take.

In a nutshell, games that suit the type of gamer you are based on how you make decisions!

Time and investment with no guaranteed success

In a report by the BBC, independent telecoms analyst Paolo Pescatore said Netflix would have to dedicate significant resources including time and investment with no guaranteed success. As the move is a long-term play, the company would also need to strongly think about retention and engagement.

Having said that, Netflix thinks the main value of its games will be keeping existing subscribers more engaged in the Netflix app which not only may make it less likely for them to unsubscribe but could also help drive new subscriptions.