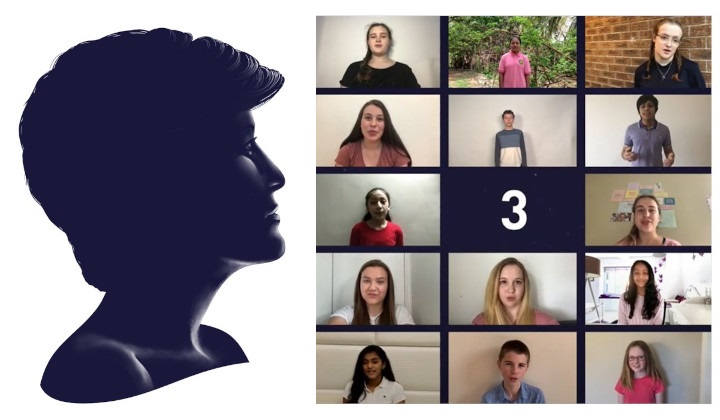 Our future leaders give hope for today to pave the road for a better tomorrow.

As is the case with three young Malaysians who have made an impact by championing a leadership mindset. It has reaped them the prestigious award in memory of the Princess of humanitarian work – the late Princess of Wales, Diana.

Sahan Kaur (16), Yi Kang Choo (22), and Mogesh Sababathy (23) were among three of 300 recipients of the international Diana Award 2021 which recognises young people aged 9 – 25 who are active in social action or humanitarian work.

The award, which can only be given through a retrospective nomination process, is for outstanding young people who selflessly create and sustain positive social change.

Young people do not usually work towards the award, but rather they demonstrate through their actions without any expectation of a reward.

Young Malaysians at the helm of change

This year, the award recipients went to the following Malaysians:

A 16-year old from Garden International School in Kuala Lumpur who wants policymakers to listen to the views of young people.

She has taken on several leadership roles such as the Chair of Amnesty International Malaysia’s Youth Committee.

There, she collected 2,000+ petition postcards for ‘Write for Rights’: a campaign which in 2020, led to 19-year-old Magai Matiop Ngong being freed from death row.

She has also talked about youth activism at United Nations-affiliated events and wants to continue elevating youth voices.

22-year-old behind the Welfare Task Force for Malaysian Students Abroad – an initiative he started when he realised there was a lack of support for Malaysian students studying abroad during the pandemic.

The task force reaches out and provides valuable support to young people who couldn’t return home due to the pandemic, or who were experiencing mental health challenges as a result of being isolated in a foreign country.

Choo, who is also currently a final law year student at Queens University in Belfast Ireland, is also a trained volunteer counsellor for the National Society of The Prevention of Cruelty to Children (NSPCC) and supports young people in the UK on various important issues including bullying, abuse, self-harm and family relationships.

23-year-old whose love for the ocean led him to co-found Project Ocean Hope in 2017 to highlight the need for marine conservation.

Prior to receiving the Diana Award, Mogesh was also shortlisted at the Commonwealth Youth Awards for his dedication to Ocean Conservation.

READ MORE: This Incredible Malaysian Is Shortlisted At The Commonwealth Youth Awards For His Dedication To Ocean Conservation

Mogesh has introduced his initiative into schools and visits 10 schools a year as part of it.  Since, alongside him his team have run a series of webinars around ocean literacy, reaching more than 10,000 people from 15 countries.

As proof of his commitment and leadership, clean-up activities have shown that rubbish has reduced by around 50 – 70 per cent in his local community of Terengganu.

In a surprise address at the virtual event held yesterday (29 June), Duke of Sussex Prince Harry honoured all the recipients and said, “There is a great need for young leadership. That belief in your own ability to change the world in doing the right this is what makes you a force to be reckoned with.”

The Diana Awards 2021 comes just a few days before what would have been Princess Diana’s 60th birthday.

Are You Wasting Your Time With Online Petitions?