Only 300 units of this watch will be produced. 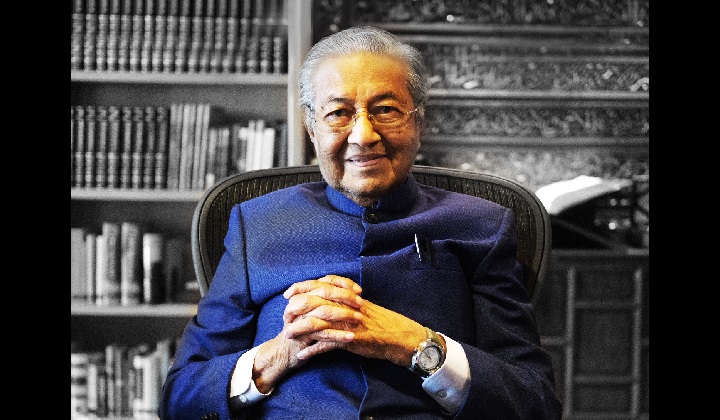 It was not his first-time seeing Tun Dr Mahathir Mohammad, but it was the first time he is meeting the 95-year-old former prime minister in person.

Bostami Ahmad is both excited and nervous because in his hands are the designs and a prototype of a watch he and his team designed to celebrate the man he was about to meet.

The boy from Pahang

When he was 6 years old, living in a FELDA settlement in Pahang, Bostami took a bus trip with his father to town, to catch a glimpse of the vising prime minister. It was the first time he had seen Dr Mahathir in person, but Bostami was just a small boy in a sea of thousands.

Despite his humble beginnings, Bostami loved to design cars. His love of designing took him to the designing studios of Lamborghini where he spent one and a half year in Italy on a scholarship.

When he came back, Bostami worked at Proton and had his hands in designing some of Protons’ cars, including the Proton Perdana.

This was when he had a chance to meet with Dr Mahathir. But, he was one of the few designers and engineers there at the presentation. The meeting was in passing and brief.

Bostami later quit the automotive design industry and in 2017 founded a start up company with Zakiyah Hassan.

Together they combined their accumulated knowledge in design from their experience at the Scuola Politecnica di Design in Milan, Lamborghini, Moleskine, 3M, and Google XPrize Moon Mission, to start Artwist.

With the team at Artwist, Bostami and Zakiah designed premium-artistic watches in collaboration with legendary figures, artists, and private label brands.

They started by working with local and international visual artists to create limited edition and even one-of-a-kind hand painted watches.

At the same time Artwist produced some original time pieces as well.

Then, they expanded their portfolio by collaborating with legendary local musicians such as M. Nasir, Wings, and Butterfingers.

Artwist even tried their hands on collaborating with legends of sports by producing a watch design for Boys of Straits.

But, Bostami has a loftier goal, to make a series of watches to commemorate Malaysia’s prime ministers, Malaysia’s modern-day legends. And so Artwist collaborated with the National Archives of Malaysia (Arkib Negara Malaysia) to produce the Tunku Abdul Rahman and the Tun Abdul Razak watches.

Each watch was done in the style that reflects that prime minister’s era.

Taking it a step further, Artwist worked with mural artist Miey Ali to produce the Negarawan, a pair of one off handprinted masterpieces.

“By right, our next watch would be of Tun Hussein Onn, our third prime minister. But we realised that 2021 marks the 40th anniversary of when Tun Dr Mahathir Mohammad became Malaysia’s 4th prime minister. I was born in the same year,” said Bostami.

He shared how meeting Dr Mahathir was not an easy process and he did not expect it to be. “Dr Mahathir is a busy man,” added Bostami.

After being vetted, Bostami and his team got their appointment to meet the man himself for 30 minutes, at his office, to present their designs and proposal.

“He never stopped smiling, and to our relief, he approved our designs, and I even got a chance to put the prototype watch on his wrist,” shard Bostami.

The limited edition Tun M x Artwist – The Patriot Edition watch is a 42mm square-cased timepiece, with a matte-finished steel case, and hardened mineral lens glass. Its heart is a Japanese Miyota movement.

The dial features a graphic of the PETRONAS Twin Towers, and the case back, features an artistic portrait of Tun Mahathir.

Packaged with the watch is a limited-edition coin and exclusive booklet with rare photos of Dr Mahathir from the National Archive of Malaysia.

During the meeting Bostami soaked up every advice that Dr Mahathir gave to him such as companies he could collaborate with and even ways to improve his business.

Dr Mahathir also gave Bostami and his team a parting gift, the permission to use his original signature on the watches.

Now, each watch will also feature one of the most powerful signatures in Malaysia.

Only 300 of this green leather strapped watches will be produced. They are priced at RM1,250 each. Pre-orders are open now at Artwist, and the watch is expected to be delivered in August this year.