Possibly Malaysia’s most globally recognisable Minister has quite the CV. 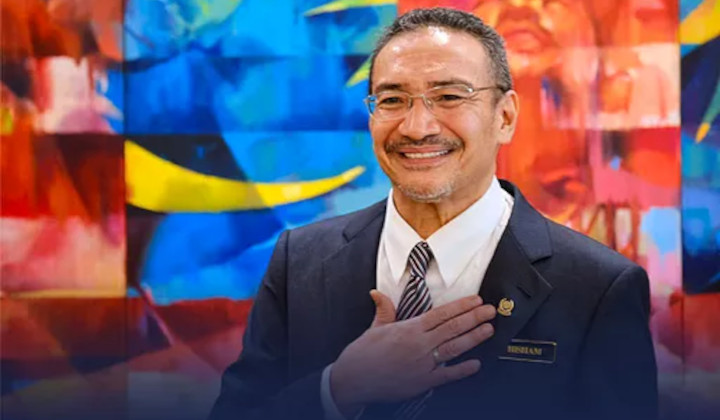 This comes after the Yang di-Pertuan Agong’s summoning of political party leaders who discussed the reconvening of Parliament and the nation’s failure to contain the Covid-19 pandemic.

This isn’t the first time he’s been floated as “The Next Prime Minister” in the past few years and while some of us might find his name and face recognisable, here’s everything we know about Datuk Seri Hishammuddin Hussein.

Hishammuddin Hussein is Malaysia’s Minister of Foreign Affairs under the current Perikatan National administration. He was appointed by Prime Minister Tan Sri Muhyiddin Yassin in March 2020 and has also been the Member of Parliament (MP) for Sembrong since 2004.

If his last name sounds familiar, it’s because he is the eldest son of Malaysia’s third Prime Minister Tun Hussein Onn. He is also the grandson of a prominent Malay leader and founder of the United Malays National Organisation (UMNO) Datuk Seri Onn Jaafar. His other famous blood relations in politics include his cousin, the sixth Malaysian Prime Minister Datuk Seri Najib Razak.

Hishammuddin Hussein was born on 5 August 1961 (fun fact – that’s exactly one day after US former President Barrack Obama was born. It could even be the same day if you factor in the time difference).

He studied law and was a lawyer before entering politics

Hishammuddin has a Bachelor of Laws (LL.B) degree from the University of Wales, Aberystwyth. He also attended the London School of Economics and received a Master of Laws (LL.M) degree in Commercial and Corporate Law in 1988.

His higher education led him to become a lawyer with a couple of largely known Malaysian firms in Kuala Lumpur.

His extensive CV in politics began upon his return from the United Kingdom in 1989. If he were on LinkedIn, his experience would look something like this:

While he was previously a Vice President in UMNO, Hishammuddin currently has no leadership position in the party after not contesting in the most recent party election.

What the Minister of Foreign Affairs does

Although already a household name heard among Malaysians, Hishammuddin stepped into the international spotlight as the minister responsible for investigating the disappearance of Malaysia Airlines Flight MH370. He was the Acting Transport Minister at the time and also the country’s Defence Minister.

In 2005 during UMNO’s annual general meeting, Hishammuddin (then still UMNO Youth’s leader) found himself in a prickly situation after a speech in which he waved around a keris – a Malay sword and symbol of Malay nationalism. The gesture was deemed racially provocative and criticised by opposition politicians as well as some Chinese politicians from the Barisan Nasional coalition.

In August 2018, Hishammuddin said he was willing to be investigated over the allegation that three Armed Forces (ATM) personnel were still serving as his security detail even though he was no longer a Cabinet Minister following BN’s defeat in the 14th General Election. It appears that the matter was dropped soon after.

In 2019, Hishammuddin was called by MACC over the alleged leakage of government funds believed to be in excess of RM500 million related to land swap deals for the Defence Ministry. However, he was not accused of any wrongdoing by MACC.

In April 2020, a photograph of Hishammuddin made rounds on the Internet after sharp-eyed netizens spotted a book by adult publication Playboy in the background. Further digging revealed it was actually the book Playboy The Book of Cigars. Plausible, since he is known to smoke cigars time-to-time.

On a similar wavelength to cigars, Hishammuddin was caught vaping in Parliament back in August 2020. He promptly went on his social media to apologise and say “it’s a new habit. I apologise to the Dewan and promise not to do it again” followed by a frowning face emoji. He also paid a fine of RM250 for the transgression.

More recently in April 2021, he was criticised over claims he breached diplomatic protocol when meeting China’s Foreign Minister Wang Yi. Detractors claim his “big brother” remark likened China as the “elder brother” to Malaysia but Hishammuddin said it was meant as a personal remark referring to Wang directly.

He’s married with 4 children and a couple of grandchildren

Hishammuddin has been married to his wife for 35 years and has 4 children. He’s also active on social media and posts personal photos from time to time on his Instagram from Raya video chats with his family to lunch dates with his wife.

This MP Served As A Minister Under FIVE Consecutive Prime Ministers, But Who Is Saifuddin Abdullah?

The New Health Minister – Who Is Khairy Jamaluddin And Why Is He Trending?