A safe space for musicians and music appreciators alike. 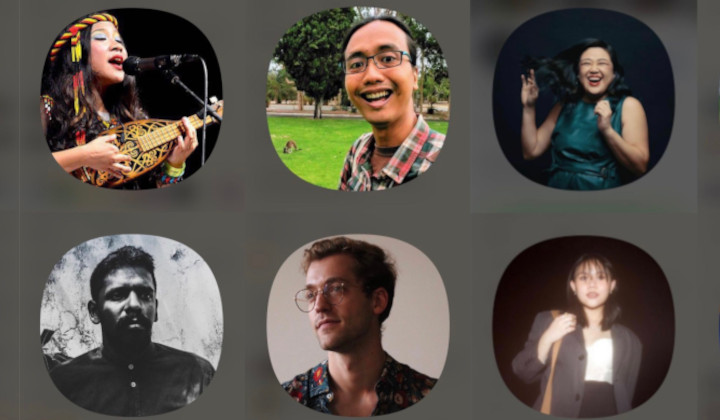 On almost every Friday night since early this year, aspiring Malaysian musicians and music enthusiasts from around the world have gathered for a live performance unlike any other.

The weekly event was started by three heroes of the local music industry, the singer-songwriter and talent magnet Zee Avi, the educator and master guitarist Az Samad, and the underrated musician and joke master Brendan De Cruz.

Despite the movement control order, Nada Music MY has happened 11 times before. They even had Nico Franc of Crave Sessions, from the USA as a guest performer.

By musicians for everyone

It all began with an idea, to create a space where young independent musicians can take the stage, sing their song, play their music, and share their experiences in a safe environment. There will be no judges, just folks who appreciate good music.

The three of them came together in early February, and within a week, the first Nada Music MY open mic session was held.

The first few shows were freeform, but soon it gained a structure. Az would be the master of ceremonies, Zee would welcome the musicians, and Brendan would tell jokes between performances.

Performers range from the established to the inexperienced, from the brave to those who were encouraged by friends, and from music lovers to those whose love for music rekindled while on stage.

Within more than 3 months, Nada Music MY managed to establish a community of regulars and attracted returning ‘open-micers’.

There are many notables among Nada Music MY’s alumni. There’s the ridiculously talented Ronnie, the soundscape space guitarist Alvin Seah (Angqasa), the “I can’t believe he doesn’t have a recording contract” Khair Zulkefli, and many more.

The weekly gatherings have been a boon to many young, independent, unsung, and aspiring musicians. It doesn’t show any signs of slowing down despite the total lockdown either.

So if you are musically inclined, come and have a listen or even perform. Sign-ups happen every Thursday at 9:30pm and shows happen on Fridays at 9:30pm. You can find Nada Music MY here.