With stories, culture lives. With technology, it transcends time. #MenuaiKisah 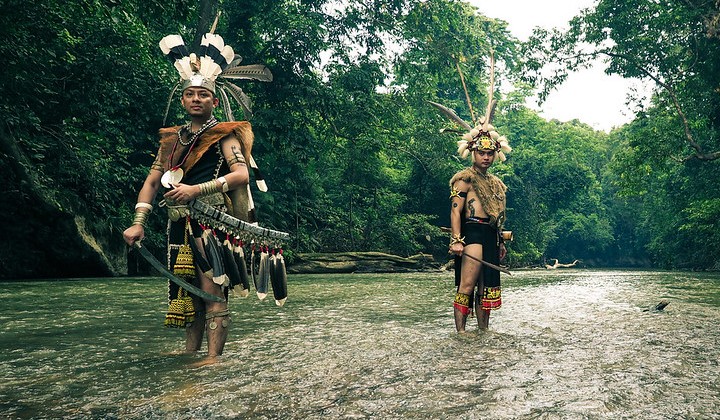 To West Malaysians, “Gawai” and “Kaamatan” are not festivals most people celebrate or even know. However, for East Malaysians, the Harvest Festival which lands squarely in the middle of the year is one of the biggest festivals celebrated, full of good fun, cheer, and rice wine.

Gawai is more similar to a thanksgiving day to show gratitude for a bountiful harvest and to celebrate unity. The festival is celebrated by the Dayak community in Sarawak and West Kalimantan on 1 June, although celebrations already begin on Gawai Eve, 31 May.

In conjunction with Maxis’ #MenuaiKisah campaign to celebrate and preserve the stories of our culture and heritage, we spoke to Agas, an Iban who has celebrated over 4 decades of Gawai, to discover the deeper meaning of the festival and how it shaped the way they celebrate Gawai all these years.

Agas, a 41 year-old Iban who is currently living in Petaling Jaya, speaks to us about the way he remembers Gawai being celebrated.

He notes that the celebration was filled with a lot more intention when he was young. Everything done by the villages held meaning. Even the dancing and music were not purely entertainment– they were a celebration of thanks and gratitude to the earth and nature.

On the eve of Gawai, everyone will take part in the traditional Ngajat dance. It is a dance created to give thanks to the gods who took care of the crops, from their growth until the harvesting season. Ngajat has a lot of intent.

The Ngajat dance includes showing gratitude, such as to the trees around the longhouse for staying strong and protecting the residents against mudslides, and is accompanied by performances on traditional musical instruments, such as gongs and drums in various sizes, without any singing.

This dance of gratitude begins late at night and continues until midnight, which signals the beginning of a friendly tuak (rice wine) competition.

According to Agas, this is when each family in the longhouse will reveal their own “family tuak“, brewed to be as strong as possible.

The whole village will line up at one end of the longhouse and make their way down, visiting each home. At each home, there will be a representative from the family to pour out their family’s tuak recipe for everyone who stops by.

Since a longhouse can house anywhere from 30 to 150 families depending on its size, if you join the line you’d be drinking that many sips of tuak all through the night– and straight on ’til morning!

Of course, there has to be a free flow of food to match the free flow of drinks too. In fact, according to Agas, the food will be hosted by the community in a pot-luck fashion, so party-goers can eat whenever they want to.

On the eve of Gawai, a pig will be slaughtered. Agas recalls that the entire village would clean up and prepare the pig by the river and cook enough food for the whole village for multiple days.

This potluck system would ensure that food is always ready for the hungry while everyone can still take part in the celebrations.

A festival of reunions

Most of the longhouses are situated far away from each other without a good network of paved roads, but that doesn’t stop determined people from embarking on a journey to see each other again.

My longhouse is 2½ hours away from the outside world on foot, crossing 4 mountains and 3 rivers.

Agas on his long house in Sg Engkerabai, nearby Sungai Batang Lupar

While he notes that some longhouses may be closer to each other, it would often take a minimum of an hour to arrive on foot. Due to the geographical distance and time required to reach other longhouses, they will often stay a night or two once arriving at a new longhouse to make the trip worthwhile, which is why Gawai celebrations often end up lasting up to a month.

Much like festivals of reunion from other cultures, Gawai is the time for extended family and friends to mingle and catch up– and the longhouse’s large open community space is perfect to do so.

Now that Agas has lived through several decades of Gawai celebrations, he noticed that technology has made its way to the Harvest Festival as well.

The night is still filled with music and dance, but the traditional Ngajat music has made way for karaoke machines that everyone can take part in and sing until daybreak.

He also notes that not many families brew their own tuak or cook big potluck meals anymore, instead choosing to buy them from outside to save on effort.

However, technology has also enabled friends and family to grow closer as the geographical distance is covered by connectivity. In recent decades, the push for technology and internet connectivity allowed these cultural practices, festive celebrations, and local stories to be more widely shared.

Many, like Agas, have not returned to their hometown for such celebrations for years. Yet they never missed the chance to jump on a video call with their family and loved ones, watching videos and livestreams of the village celebrations, hosted by those who stayed.

Even more, like us, who may not be too familiar with Gawai, are allowed a glimpse into their culture and practices. After all, as Malaysians, shouldn’t we take pride in our large diversity of culture?

Understanding the importance of preserving our local heritage, Maxis worked closely with TRP to bring to you a collection of these stories, shared straight from the people who hold their heritage close to their hearts.

Watch stories of our local Sarawakians and Sabahans sharing tales of heritage and culture, brought to you by TRP and Maxis HERE.