How a father’s love sparked his passion for motorsports. 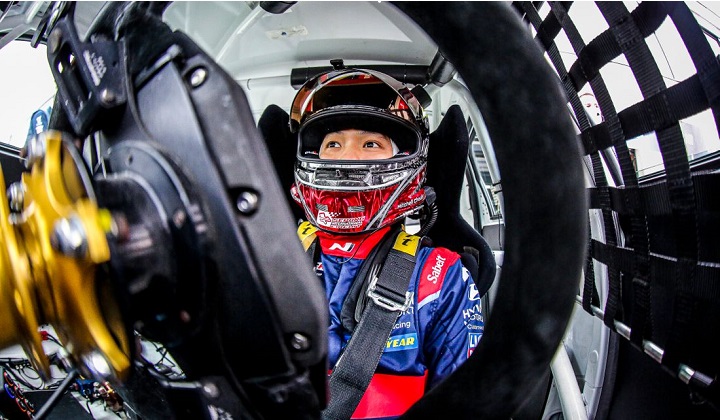 By the age of 20, he was named the 2017 National Driver of The Year at the Shell SIC Motorsports Association of Malaysia Awards 2017 organised by Sepang International Circuit. Now at 23, Mitchell Cheah was announced as one of the Junior Drivers for 2021.

Labelled as one of the brightest rising stars in the Malaysian motorsport scene, Mitchell shares how his love for motorsport started with his father, Anthony Cheah.

One fateful day Anthony let his 11-year old boy, who has always loved cars and had been watching him on the sidelines, sit behind the steering wheel of a go-kart. That small act of fatherly love changed Mitchell’s life.

At 15, Mitchell started making waves in the go-karting scene. He placed 19th in the Euromax Round Karting Championship in Geck, Belgium. It was his first international race. He then went on to win the Rotax Max World Finals in New Orleans, the USA later that year.

The adrenaline and speed fueled his ambitions. Two years later, Mitchell joined his first single-seater race at the Formula Renault in China. At 17-years old he won three local touring car races in a saloon car and got the first runner-up in his first Sepang 1000KM (S1K) in a privateer team.

His racing experience and achievements began to snowball and in 2017, at the age of 18, Mitchell transitioned to racing heavily modified road-going cars also known as touring cars.

“I’ve viewed racing as a career. The thought of being able to turn professional, represent my country, and becoming the best while competing against world-class drivers motivates me,” said Mitchell.

His aspirations won him the Malaysian Championship Series Touring Production Champion, the four-hour Enduro, Super Street race, and the Vios Cup while being the youngest driver on the track.

In January 2018, he was awarded the 2017 National Driver of The Year award. From there his career took off.

Among his many achievements is a pole position against the Hyundai driver, Luca Engstler, in the last round in Shanghai. It was Mitchell’s first outing with an international team, Liqui Moly Engstler. He also scored two wins and several podiums in the race.

The move must have impressed the folks at Hyundai Team Engstler because he was invited by the very same team to participate in round 5 of TCR Germany during the pandemic in October 2020. While racing there he promptly took pole position and won second place in Austria.

While in quarantine back home, Hyundai Team Engstler called Mitchell once again. This time to join the World Touring Car Series in Spain at the end of the year. It was a dream come true for him.

The past, present, and future.

Looking back, Mitchell noted that there are many motorsport enthusiasts in Malaysia. However, the biggest hurdle seems to still be budget and funding. To remedy that, there need to be more opportunities for more Malaysian drivers to showcase their talents.

“In all my years of racing, the one thing that has caught my attention is how all forms of motorsport is moving towards electric, like Formula E, E-WTCR, Moto-E. It is one to look at in the near future,” he said.

Despite being a racer that hails from a tropical climate, Mitchell does not like to drive in the rain. And while most people think that racing is a dangerous sport, to him with the advanced safety technology used today hardly anyone gets hurt.