More Malaysian women are calling out their male counterparts on discrimination and disrespect. It’s time we listen. 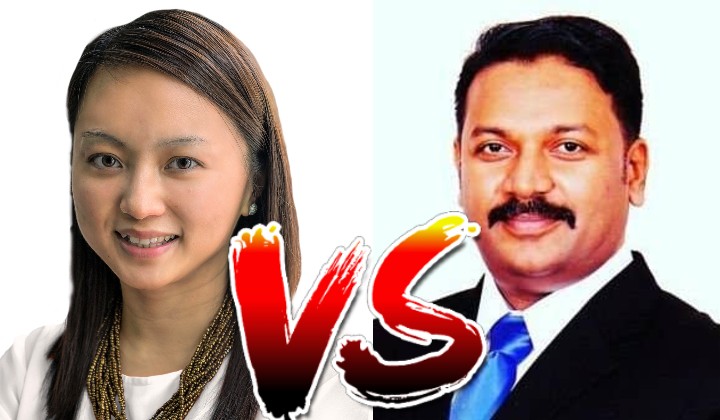 Let us not forget that afternoon at the Dewan Rakyat last year in August when a screaming match took place where name-calling like “budak kecik”  and “amoi” echoed in Parliament.

No, it was not a couple of kids teasing each other because they don’t know any better but was heard from grown, public figures and representatives of the Rakyat.

He had targetted them towards Segambut MP and former Deputy Minister of Women, Family and Community Development Hannah Yeoh.

Amoi, not bad lah, your cyberstrooper attacking me with all kind of languages. Special allocation? Well paid Ka?

If you don’t see anything wrong in what he said, clearly we have accepted this form of bullying and discrimination as a norm, so let’s talk about it.

The term “amoi” refers to a young lady, mainly of Chinese heritage, and is historically used by older people when speaking to young women and strangers they don’t know by name.

However, many women agree there is a demeaning tone to it and should not be used lightly. While it may be on par with calling a woman a “chick”, it is definitely not something you would use in a professional setting. In fact, let’s start by not using it all.

Yeoh herself responded that Malaysian women should occupy space that holds power to stand up to those who try to walk all over you (I’m looking at you Ain!)

This is a special officer of FT Minister. Such condescending mindset working in a Minister’s office. This is why good men/women must join politics. Occupy space like this. Malaysian women, you earn the right to walk in corridors of power. Never allow anyone to tell you otherwise. https://t.co/3WgvwlJ1JH

Some faith in humanity has been restored with Netizens who also found A. Subash’s comments to be unprofessional.

what’s the monthly cost on taxpayers money for @SubashCBose6 ? A special officer in @AnnuarMusa ‘s office addressing a legally elected official as ‘Amoi’.

How’d you feel if someone of a different race addresses you as ‘Macha’?

No class at all. https://t.co/yZbKOWeUfp

Wonder is he’s going to delete his account now and claim he was hacked ..usually happens when Hannah calls you out on your bluff https://t.co/zzL2in9MKN

Don’t forget, empowering women is on top of the nation’s agenda

ICYMI – The Perikatan Nasional (PN) announced back in March that they have always upheld the principle of women’s empowerment and will ensure that it continues to be an important national agenda.

If we’re going to achieve this, we must eliminate stigmatisation, stereotyping, and let’s add nonsensical labels to that list as well!