This amazing hiking trail is just around 30 minutes drive from KL. 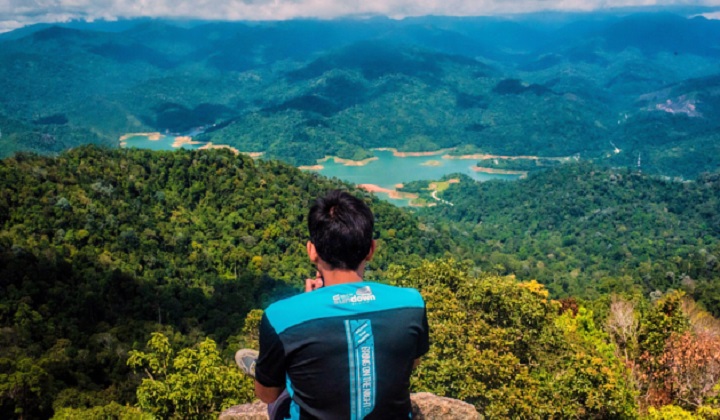 Bukit Kutu is one of those forgotten hill stations, left to ruins in the thick tropical jungles.

Now, the hill station is showing new signs of life as an increasingly popular hiking
destination.

Two bungalows were built at Bukit Kutu in the closing days of the 19th century.

The architect would have been proud – Bukit Kutu housed visitors and remarkably
connected to Kuala Kubu Bharu via a 15.3 km bridle path.

Rich in flora and fauna biodiversity, Bukit Kutu was gazetted as a wildlife reserve in 1922.

The question is, how did such a lovely station, with scenic views of lush greenery, stop seeing the light of day for so long?

Years before the Second World War broke out; progress stalled on the hill station. It was
abandoned and bought over by the colonial government.

The invading Japanese army didn’t help: they bombed the bungalows and Bukit Kutu.

With nature doing the rest of the work, Bukit Kutu never recovered.

The hill station was never rebuilt, but there are enough of its remains to intrigue curious hikers, including a chimney, a fireplace, and a well – like a scene out of the Hollywood archaeology blockbuster Indiana Jones.

Today, many people visit the location – ironically, far more than ever actually went to the hill when the hill station was in service.

Due to steep terrain, the almost 10km hike up Bukit Kutu is considered difficult, requiring four hours going up and three hours coming down.

At 1,053 metres above sea level, Bukit Kutu is tall enough to be considered a mountain.

For those who prefer a less arduous activity, the cooling Pertak river and beautiful Lata
Medang waterfall are prime candidates for camping, backpacking and picnicking.

Bukit Kutu is located near Kampung Pertak, an Orang Asli village about 31 kilometres from Kuala Lumpur, with an estimated drive of 33 minutes.

As many people are plotting their post-COVID revenge outing, remember to observe the
latest standard operating procedures (SOPs) as determined by the National Security Council (MKN).

Ensure all preparations are done carefully and listen to the safety and travel briefing given by the group leader and the climbing guide before the hike begins.

There have been incidents of lost hikers on the Bukit Kutu trail, and getting lost is the last thing anyone wants to do!