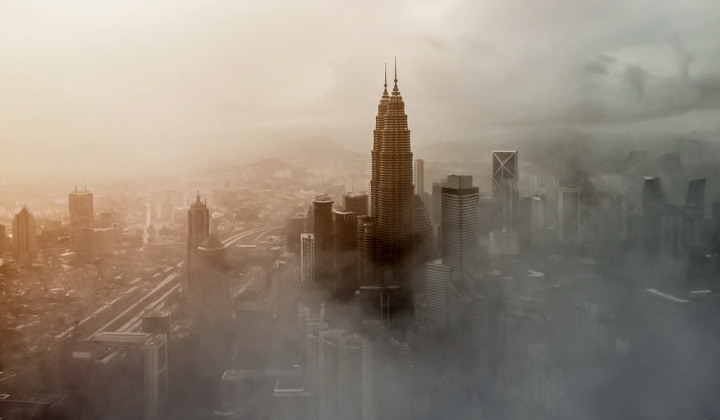 Looks like it might be best to keep those face masks on because several areas across Malaysia are showing signs of poor air quality.

API readings recorded by the mobile continuous air quality monitoring (MCAQM) station in Johan Setia, Klang showed the area maxing out the yellow meter at 188, while the API in Banting and Petaling Jaya reached a maximum of 165 and 149, respectively.

Malaysians, meanwhile, have been making their own observations of the current weather. Taking to social media, some shared snapshots showing supposedly hazy conditions where they were, while others questioned if the “haze season” was back in town.

I just saw the haze at the KL skyline

Looking out our own windows, we also saw Kuala Lumpur’s skyline appearing slightly smoggy – a gloomy sight considering that the Department of Environment (JAS) reported that the country’s air quality had improved with us having more days with clean air during the Movement Control Order (MCO) period between 1 March and 28 April 2020.

According to the latest report from the Asean Specialised Meteorological Centre (ASMC), isolated hotspots – where fires have most likely occurred – were detected in Myanmar, Thailand, as well as in Sumatra, Indonesia and Peninsular Malaysia.

These hotspots are expected to intensify due to prolonged dry conditions predicted over the region.

ASMC data from January 2021 also show fires occurring across Southeast Asia and moderate smoke haze observed over larger areas of Cambodia, as well as over parts of Thailand and Myanmar.

The Malaysian Meteorological Department (MetMalaysia) also forecasts another sweaty season for the nation as the Northeast Monsoon – which is expected to end in mid-March – would bring about less rain, especially in the northern parts of the peninsular.

Despite the warmer days and nights, MetMalaysia explained that everything was still normal when it comes to Malaysia and the heat.

The hot weather we’re currently experiencing is a normal phenomenon throughout February and April each year.

Weather Observations From Mac to Aug 2021 via MetMalaysia