People during the paleolithic hunted and collected food, went fishing and even did their own gardening. 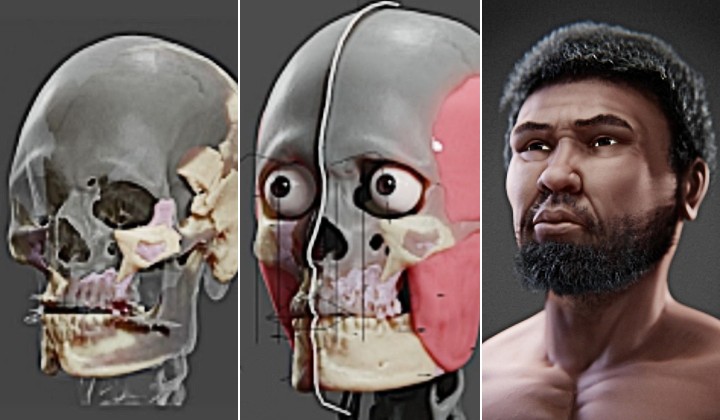 The Malaysian Journal of Medical Sciences

Using state-of-the-art virtual 3D modelling techniques, researchers from Universiti Sains Malaysia (USM) managed to digitally piece together bones, muscles, flesh and hair to make their most accurate representation of what Perak Man had looked like.

Who was Perak Man?

Named after the state he was discovered in, the remains of Orang Perak or Perak Man was unearthed in Gua Runtuh in Lenggong Valley, Perak in the 1990s which has been recognised as a World Heritage Site by the United Nations Educational, Scientific and Cultural Organisation (UNESCO).

Perak Man’s remains are the most complete skeleton of a palaeolithic humanoid found in Southeast Asia that’s dated to be between 10,000 to 11,000 years old.

It’s suggested that Perak Man was of “Australo-Melanesoid” ancestry with dark-colour skin and eyes, and was about 40 to 45-years old at his time of death.

It’s highly believed that he may have been someone important, considering how he was buried inside a cave on top of a mountain with other artefacts – like a shaman or a wise person with great knowledge of the age passed – living a nomadic hunter-gatherer lifestyle and had people taking care of him.

Experts had also determined that Perak Man was born with a physical handicap when they found that his head was slightly smaller in size than average.

Ancient cave drawings found across the country revealed that people during paleolithic Malaysia used caves as temporary camps and had lives not too different from ours where they hunted and collected food, catched fish and even did their own gardening.

Read more about the history and life of Perak Man in the latest issue of the Malaysian Journal of Medical Sciences, HERE.