The park will feature some 20th Century Studio rides, as well as one ride that is the only kind of its type in the world. 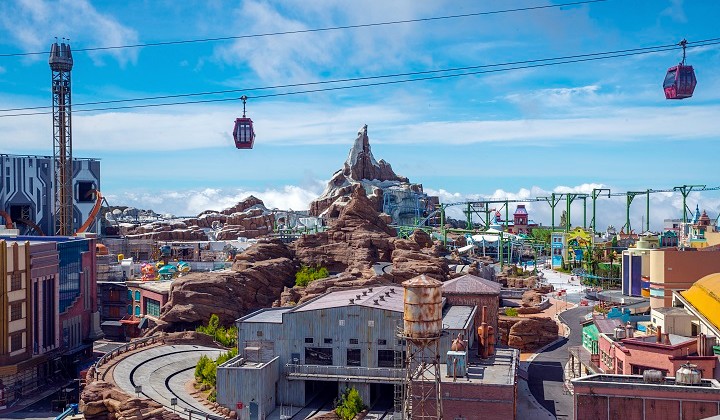 Genting has finally come out to say that their long-awaited outdoor SkyWorlds theme park will be open this year- specifically Q2 of 2021.

In a sneak peek preview of the theme park today (23 Feb), Resorts World Genting (RWG) officially unveiled the logo of Genting SkyWorlds along with confirming that there will be 26 rides and attractions amongst the clouds.

What to expect at Genting SkyWorlds theme park

One attraction that’ll likely be revving your engines is a unique motorcycle-rollercoaster ride called Mad Ramp Peak – a first of its kind in the world.

Though initial plans for Genting to have a 20th Century Fox World theme park fell through, Lee Thiam Kit, who is Resorts World Genting Head of Business Operations and Strategies, explained that the park design is still based on the original plan.

There’s also a number of Intellectual Properties (IPs) from 20th Century Studios that will be featured including Ice Age, Night at the Museum, and Planet of the Apes, among others. This will be alongside Genting’s own original IPs created especially for SkyWorlds.

What’s more RWG is also working on a virtual queue system that allows visitors to book their slots even before the visit so we might finally be saying goodbye to long waiting times spent standing in queues!

Pricing for the tickets has yet to be announced but Genting assures that it will be a one-time payment for entry into the park for unlimited rides.

More details will be announced in the coming weeks so stay tuned!