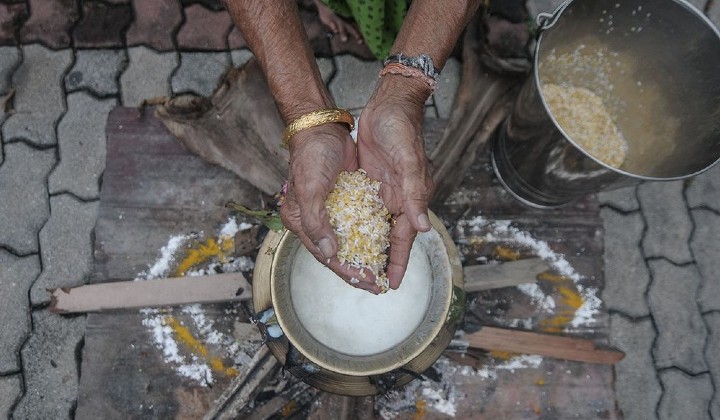 14 January marks the special day of Pongal celebrated as the traditional harvest festival of the Tamil community in Malaysia and around the world.

It takes place on the 10th month of the Tamil calendar or in the month of January every year, and is celebrated as a thanksgiving ceremony marking the end of the winter solstice as well as to commemorate a bountiful harvest season.

The festival gets its name from the customary ceremonial delicacy “pongal”, a traditional rice dish specially prepared and served during the celebrations.

The festival takes place over a period of four days, starting with “Bhogi Pongal” that happens a day before the actual celebration begins.

During Bhogi Pongal, observers would take the time to clean and spruce up their homes with decorations to signify a fresh start for the coming years.

After that, the real festivities begin with the celebration of “Surya Pongal”, a day that, traditionally, is dedicated to the Hindu deity, Surya also referred to as the Sun God.

The dish is cooked in a clay pot over an open flame and is left to boil and spill over the pot, signifying the overflowing joy and prosperity of the season.

The third day of celebrations is referred to as “Mattu Pongal” and it is a day dedicated to the heroes of the harvest, cows!

The fourth day of Pongal is also the final day of the celebration. Referred to as “Kanni Pongal”, it is a day where family and friends would gather and pay their respects to each other during the auspicious season.

With the Movement Control Order (MCO) enforced across the country, Malaysians are again forced to be modest during the festivities.

Though some Malaysians felt a bit down by the restrictions that have been put in place, others appeared to be making the best of their MCO-Pongal celebrations and sharing their warm wishes with the world.

to all celebrating today, happy thai pongal ! having friends & family at a distance (because of mco) can be tough, but i hope you’re still able to enjoy in spirit.

He also reminded all who insist on going to temples to abide by Covid-19 standard operating procedures (SOP) that are in place and limit their attendance to 30 people at a time.