he musical short film will be screened online for only three days. 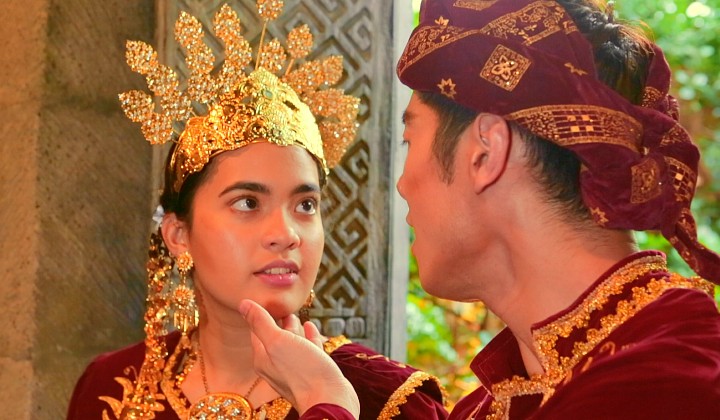 Produced by British-Malaysian theatre company Liver & Lung (the same people behind Sepet The Musical), this ticketed (RM15) musical short will be broadcasted online on the Peatix Live platform for only three nights (8 – 10 January 2021).

The magic of Mahsuri (& Other Peculiar Tales)

Mahsuri (& Other Peculiar Tales) is a musical short that depicts the legend of Mahsuri (Badrika Baluch), a Malaysian tale of a beautiful woman wrongly accused of adultery.

For those unfamiliar with Langkawi’s legendary tale, Mahsuri was known as the most beautiful woman on the island but envy by others led to accusations of adultery and she was executed by stabbing.

But white blood flowed from the deadly wound, signifying her innocence. As she bled to death, Mahsuri cursed Langkawi with seven generations of bad luck – which was coincidentally followed by failed crops and a slew of invasions by Siam.

The film’s soundtrack blends South and Southeast Asian sounds with contemporary musical theatre elements to reimagine the legend, documenting Mahsuri’s arrival in Langkawi, her romance with the warrior Wan Derus (Joshua Gui) and her untimely death at the hands of her evil mother-in-law, Mahura (Nabilah Hamid).

This particular staging will be quite interesting as it is positioned as a pilot for a multi-episode musical TV series, where each episode of the series would explore a different Asian legend.

The premise of the film begins with five students in detention who find themselves locked in an eerie classroom and one of them stumbles upon a mysterious book called Mahsuri (& Other Peculiar Tales).

As the student, Adam (Badrish Isdin), begins reading the book, the classroom and its occupants morph into 18th century Langkawi where Adam must now help the magical Mahsuri escape from the wrath of her mother in law.

The film directed and composed by Liver & Lung co-founder, Shafeeq Shajahan is based on the company’s 2016 stage production of the same name, which won the Boh Cameronian Arts Award for Innovation in Musical Theatre in 2017.

The accolades then continued with the new musical production named a finalist at the 2020 Short Shorts Film Festival in Tokyo and its soundtrack launched earlier this month on Spotify met with critical acclaim and commercial success.

The film adaptation has been gestating in my mind for a while so I’m so happy that we are finally releasing it to the world. I’ve always believed in the importance of remembering our roots. The Malaysian identity is diverse and colourful and as a film and theatre-maker, I feel a responsibility to keep reintroducing Malaysian stories to new audiences in contemporary & exciting ways.

So, if you’re ready to be transported to an adventure filled with mystery and magic, book your tickets now at the Liver & Lung website (HERE).