Get ready to cry, laugh and fall in love again with Yasmin Ahmad’s incredible work 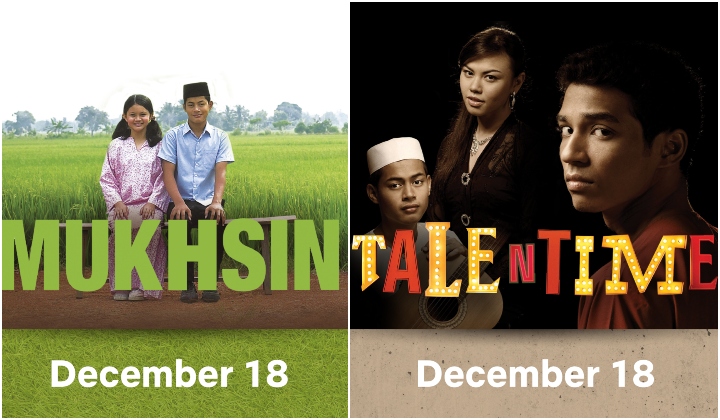 Netflix has heard our prayers because Yasmin Ahmad’s films will finally be available on the streaming platform!

Though Yasmin Ahmad barely needs any introduction, she is the brilliant mind behind those soul-touching Petronas advertisements and heart-wrenching films – all which still resonate deeply for shining a light on important social issues. So it’s honestly long overdue that the iconic director’s films get featured on Netflix.

Beginning 18 December, you can watch (and cry) at Talentime, Rabun and Mukhsin.

In case you need a refresher, here’s a brief summary of these stirring films:

Rabun is Yasmin Ahmad’s debut film, indeed by the true story of her parents after her father lost his vision due to diabetes.

The quirky, heartwarming story centres around Pak Atan and Mak Inom who return to the country after getting worn out by the hustle and bustle of city life. But it turns out that they may have gotten more than they bargained for as life in the countryside is not as idyllic as it seems.

This prequel to the Orked story about the innocence of youth and first love even took home the Grand Prix of the Deutsches Kinderhilfswerk for Best Feature Film at the 57th Berlin International Film festival.

Set in Sekinchan, Sabak Bernam in 1993, the sweet tale follows 10-year-old Orked’s journey into falling in love for the first time. Orked who arrives with her elder brother and aunt to spend the school holidays in the village, catches the eye of Mukhsin, but he soon becomes tormented by his love when their relationship remains a platonic one.

It’s a sweet tale that’s sure to bring you back to your early years of crushes – angst, awkwardness and all.

Probably one of the strongest Malaysian films ever made, Yasmin Ahmad’s swan song continues to resonate with audiences today as the film tackles tough subjects of religion, multiculturalism and racism.

It brings together a Malay-British girl, Melur, and a deaf Indian male student, Mahesh. Melur, who has a melodious voice and sings while playing the piano, serenades Mahesh who is assigned to escort her home from auditions. As other students compete each other to win, they face challenges and questions about belief, racism, love and life.

So, get ready to cry, laugh and fall in love again on 18 December as we celebrate Yasmin Ahmad’s incredible work.