Omega may be a luxury watchmaker, but it’s long been an ally for ocean conservation efforts. 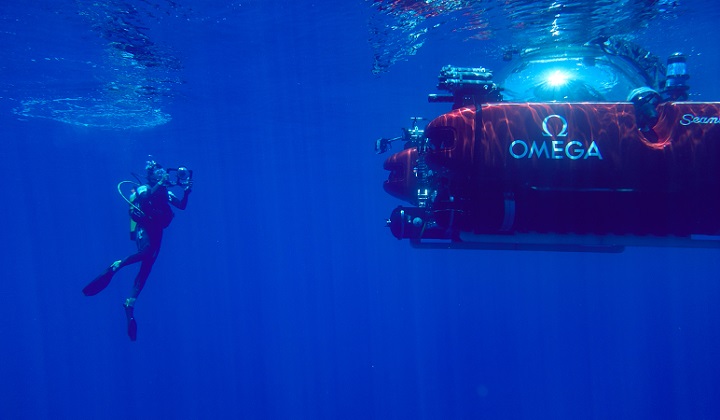 Omega is all about keeping time, precious time that we have so few of, time that is -sadly- running out for the world’s oceans.

The ocean is the literal life source of the planet but it’s slowly dying with habitat destruction, overfishing, and pollution compounded with a rapidly changing climate and the acidification of seawater.

So now Omega’s latest Seamaster is on a mission to save the planet’s oceans together with Nekton – a non- profit research foundation driving forward the scientific exploration and protection of the ocean.

While climate change affecting sea levels may seem like an abstract issue, its impact is as real and as close to home as it can get.

As Oliver Steeds, CEO of Nekton puts it, “How the ocean changes is going to affect millions of people’s lives and livelihoods.” This is exactly what Nekton is trying to prevent.

Named after a zoological noun describing aquatic animals that can swim against a current, Nekton is valiantly trying to turn the tide via scientific exploration and protection of the ocean.

The team of marine experts and scientists collect biological samples from a designated area, analyse the data and report their findings to the local government in order to secure the area as a protected zone.

The vital work is already underway beginning 2019 with ‘First Descent’ – a series of missions to explore and conserve the Indian Ocean.

‘First Descent: Indian Ocean’ is an endeavour that involves partnerships with governments in the Indian Ocean region such as Seychelles, Maldives and more. By the time the mission ends in 2022 with a regional summit, Nekton hopes to have galvanised 30% ocean protection by 2030.

As a master of the ocean – or rather Seamaster – Omega can’t help but to notice the dire need to save them before it’s too late.

In his lifetime, Peter Blake worked closely with the Swiss luxury watchmaker, who would sponsor his “Blakexpeditions” that worked to research and raise awareness of environmental issues affecting “life in, on, and around the waters of the world.” On- board the Seamaster vessel, the Blakespeditions crew wore the Seamaster Diver 300M models on their important scientific work.

So, it’s only a matter of time before Nekton’s deeply impactful work with the ocean resonates just as deeply with Omega.

Omega’s President & CEO Raynald Aeschlimann himself heaps praises on the work they do, stating his utmost respect for their vision and has pledged to support Nekton’s research by raising awareness on their far-reaching, global platform.

Aside from giving aid with running costs on completing Nekton’s research, the luxury Swiss watchmaker is also acting as an ambassador for the non-profit organization by doing what they do best – creating breathtaking timekeepers.

Meet the Omega Seamaster Diver 300M Nekton Edition – a dive watch on a mission to save the seas.

If you observe the Seamaster Diver 300M Nekton Edition closely, yes, the relief bezel does look a lot like the 1995 timepiece that adorned Peter Blake’s wrist.

But this new Nekton Edition does have some remarkable 2020 updates as well. The sleek, matt-finished black ceramic dial is laser ablated (material removed from a solid surface via focused pulsed laser beam) to create the Seamaster‘s signature polished waves.

The most iconic feature of this timepiece, however, is the detailed engraving of the Nekton Seamaster 2 submersible (another tribute to Peter Blake’s research vessel, also called the Seamaster) on the back of the 42mm stainless steel case.

But this watch is not just all looks, it’s also all substance – powered by the METAS-certified Master Chronometer Calibre 8806 that not only has a maximum working depth of 300 meters, but is also resistant to magnetic fields of 15,000 gauss.

Suffice to say, dive watch fans and ocean explorers alike will have a whale of a time with the Seamaster Diver 300M Nekton Edition. Not only are you equipped with the finest watchmaking tool, you’re also doing a lot in raising awareness for the Nekton organization and its noble mission.