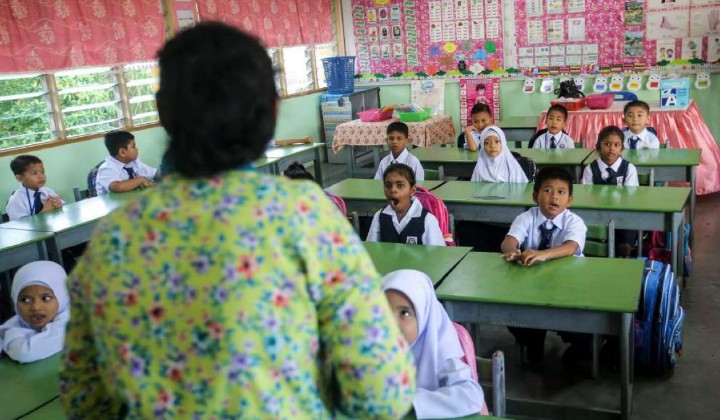 Malaysian primary school students have come in second place – behind Vietnam – in their ability to learn, according to a survey called the Southeast Asia Primary Learning Metrics (SEA-PLM) programme.

The six countries in the region that participated in the programme were Cambodia, Laos, Malaysia, Myanmar, the Philippines, and Vietnam. Sadly, Singapore was not on the list.

How students were tested

The programme focused on the performance of 10 and 11-year old primary school students in three areas, namely reading, writing, and mathematics.

Tests and questionnaires were given to the students in languages determined by the education ministry of each country. In Malaysia, students were tested in Chinese, Malay, and Tamil, and their results were then combined.

To measure the student’s performance, SEA-PLM used its own proficiency scales called “Bands”.

Children who scored in the highest Band were considered to have mastered the fundamental skills expected of them when leaving primary school and were on the way to developing critical skills required in the 21st century.

Aside from testing their curricular abilities, SEA-PLM 2019 also studied the demographic background of the children to see how it affects their scholastic performace.

In Malaysia, the majority (58%) of 10 and 11-year-olds had achieved the highest reading literacy skills by the end of primary school. Meanwhile, another 18% of Malaysian students scored Band 5 and so were progressing towards achieving this level, too.

The student’s reading abilities were judged based on a scale that includes 5 bands of proficiency, ranging from Band 2 and below to Band 6 and above.

A child scoring in the lowest band (Band 2 and below) are only able to identify relationships between words and their meanings. At Band 6 and above, a child can understand texts with familiar structures, can manage competing information when locating ideas, and can understanding implicit details.

According to the report, children who do not meet a minimum proficiency in reading by this age would likely struggle to transition to secondary school.

In Malaysia, only about 11% of children produced writing in the top 2 bands of writing proficiency. A majority of children managed to score above average (Band 5) indicating that there is definitely a need for improvement here.

The children’s writing abilities were judged based on an 8 band scale. In the lowest band (Band 1 and below) students have only limited ability to present ideas in writing, while those in Band 8 and above are able to write cohesive texts with detailed ideas and a good range of appropriate vocabulary.

Surprisingly, a vast majority of students across all six countries didn’t demonstrate writing proficiencies expected of a 10 to 11-year-old student.

The majority of Malaysian children scored in Band 6 and above, demonstrating that they had the mathematical literacy skills consistent with those expected by the end of primary school.

The SEA-PLM proficiency scale for mathematical literacy includes 8 bands of proficiency ranging from Band 2 and below to Band 9 and above.

In the lowest band (Band 2 and below) children are at the level of emerging mathematical skills. They may have difficulty understanding the value of digits, scales of measurement and arranging 2-digit numbers in order.

A more proficient learner (Band 6 and above) is able to perform more mathematical operations, including with fractions, interpret tables and graphs, apply fractions and percentages, and analyse data representations.

According to the report, children in all countries found subjective questions more difficult than multiple-choice questions. They also appeared to be more familiar with making calculations than with formulating, interpreting, communicating and explaining.

How a child’s background can affect their scholastic performance

The SEA-PLM survey revealed stark differences between a student’s performance and various profiles and characteristics, such as gender, socioeconomic status, language spoken at home, preschool experience and early developmental skills.

They found that some disadvantages may be combined and thus the most vulnerable children face multiple deprivations that negatively affect their learning.

According to the report, in all six countries, children from higher socioeconomic backgrounds and those attending schools in wealthier neighbourhoods performed better than children from less advantaged backgrounds.

This pattern is consistent across all 3 areas of learning, and the magnitude of this difference was substantial.

READ MORE: Over 1 Million Malaysian Children Are Not In School & Other Problems With The Education System, Says Former Minister

Interestingly, girls were found to perform better than boys, regardless of socioeconomic status or school location. In all countries, boys had lower levels of achievement than girls, in reading and writing especially.

Children who spoke the language of instruction more often at home were able to achieve higher levels of literacy in reading, writing and mathematics than those who did not.

Preparatory school shows a positive influence in all countries. Children with at least 1 year of preschool education consistently performed better during all 5 years of primary education compared to children who didn’t attend preschool.

Most children across all six countries had high levels of interest in school and, on average, children who felt better and safer at school performed better than children who reported less positive feelings.

In all countries, when parents were more involved in their children’s education, the child was more likely to score higher in reading, writing, and mathematics.

Sadly, a large proportion of children suggested that their parents rarely or never engage in these activities.

At least one-third of children in all six countries went to a school where their teachers reported that a child’s hunger in class or lack of sleep affected their learning.

With the right policies and programmes that target the issues above, the report states that a significant proportion of children may still be able to improve and reach higher proficiency levels.

Interested in knowing more? Take a look at SEA-PLM’s extensive report for yourself here.