The music video was filmed back in 2014 when the group was still new. 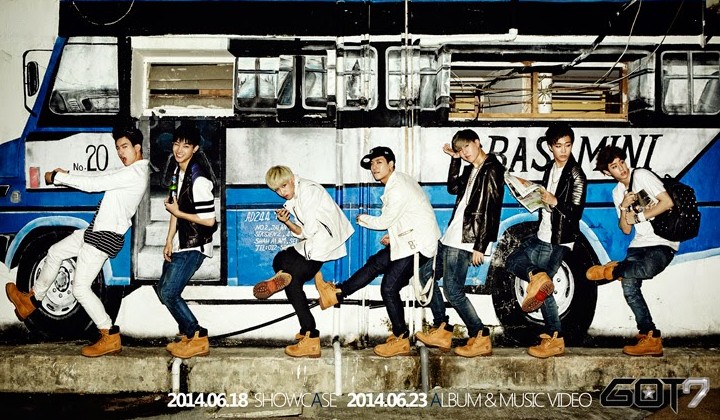 Korean pop idol group GOT7 is now a pretty well-known group in its own right, but did you know they’ve been to Malaysia- and filmed one of their music videos- here before?

If you find the backdrop of the music video suspiciously familiar, you’re not wrong.

Apparently, back when they were just starting out as a newbie group, one of their earliest music videos were filmed in Shah Alam and Damansara in 2014!

One of the most familiar backdrops in the music video is actually the Holy Smoke Cafe in Seksyen 13 Shah Alam.

They filmed much of the interior as well, as the cafe is decked out in a classic retro aesthetic, with minor edits that were made in the music video.

Another scene was filmed in Tesco, Mutiara Damansara. If you’ve got keen eyes, you can spot the words “Makanan Laut” in the background.

In fact, there are plenty of places where Malay words and signage pop up unexpectedly!

If you’re wondering how they managed the extreme Malaysian weather in their multiple layers of clothes, it turns out that it merely took a lot of effort and retakes… because the idols kept sweating too much.

In one of the behind-the-scenes videos, the idols can be seem running for shade in between takes and talking about how hot it is.

Fans have been resharing this little fun fact in anticipation of GOT7’s comeback album that is expected to drop at the end of the month.

So it turns out that with enough determination and skill, even the random streets of Malaysia can be a beautiful backdrop! Who knew?