Malaysia loses up to RM6.5 million per container of contraband cigarettes. 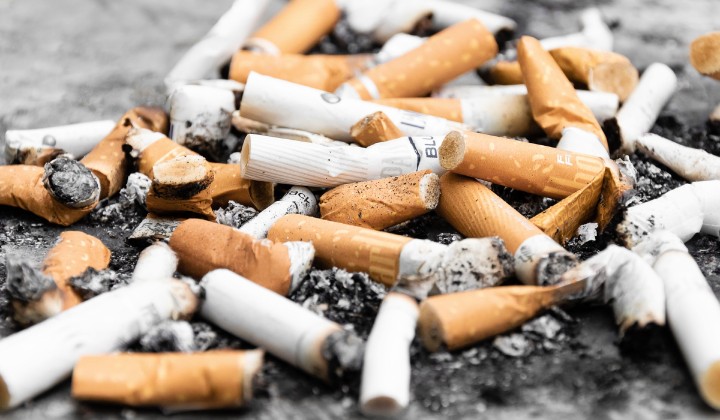 Finance Minister Datuk Seri Tengku Zafrul Tengku Aziz announced that the government will set up a multi taskforce agency and disallowed transshipment of cigarettes and re-export of cigarettes by small boats, including kumpit boats, and only internationally-recognised intermodal containers will be allowed.

The government will also be freezing the issuance of import licences for cigarettes and impose an excise duty on electronic, non-electronic cigarette devices and vape liquids beginning January 2021 – all in a bid to ensure that revenue sources remain sustainable.

So, what exactly is transhipment?

Transshipment is actually a very important concept in the logistics and distribution of goods.

At a transit stop, a container of goods is offloaded from one ship and reloaded into another ship to reach its final destination.

When it comes to illegal cigarettes in Malaysia, cigarettes are brought into Malaysia en route to other destinations.

Instead of being declared as cigarettes, these containers are declared as transshipment or non-taxable goods destined for a third country, thereby avoiding Customs checks.

According to New Straits Times, in most instances, such goods do not leave Malaysia and end up being sold in the country. This results in flooding the market with illicit cigarettes and depriving the government of a taxable revenue source.

A source also told the English daily that the country can lose up to RM6.5 million per container of contraband cigarettes.

With so much on the line, the government’s cigarette transshipment ban comes as welcome news to key industry players, such as tobacco companies British American Tobacco (M) Bhd (BAT) and Japan Tobacco International Bhd (JTI Malaysia).

He also noted that the price gap between legal and illegal products is currently too wide, creating a situation that enforcement alone cannot address.

Ultimately, we believe Malaysian consumers want to do the right thing. If given a viable opportunity to choose a legal alternative at a reasonable price, most would prefer not to put money in the hands of criminals.

This sentiment is echoed by JTI Malaysia Managing Director Cormac O’Rourke who welcomed the reinforcement of the Multi-Agency Task Force (MATF) – together with the Malaysian Anti-Corruption Commission (MACC) and the National Financial Crime Centre (NFCC) – as a formidable initiative in combating the country’s black economy.

With the Covid-19 pandemic pressuring all sectors of our economy, we hope the government will fast track the proper enforcement of laws and implementation of various key anti-illicit tobacco measures to better address the situation. Any recovery of lost tax revenues by Putrajaya will also help the government financially.