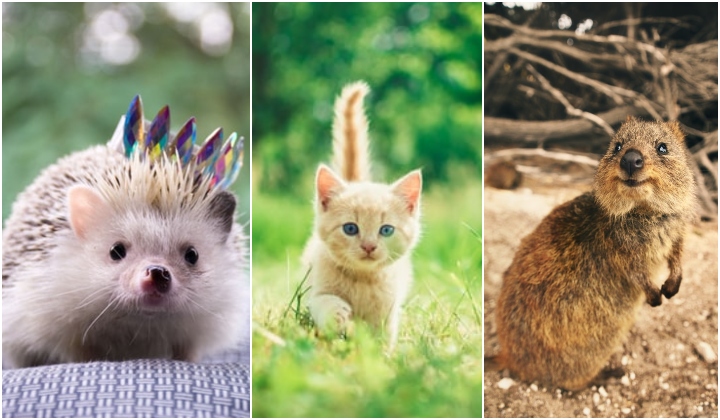 If you find yourself inexplicably drawn to cute animal videos online, don’t worry because science is here to validate your obsession.

A British study conducted by the University of Leeds in the United Kingdom in partnership with tourist site Western Australia found that there was a drop in anxiety and stress as a result of watching images and videos of cute animals, including Western Australia’s quokka.

The study involved 19 participants who spent 30-minutes watching images and short video clips of a range of cute animals, including videos and photos of the quokka, aka “the happiest animal in the world.”

For that half an hour, researchers found that the heart rates and blood pressures for every single participant dropped.

Throughout the course of the session, heart rates and blood pressure fell across all individuals to a level that would be considered healthy and indicative of limited stress or anxiety.

The study also found that the level of anxiety decreased on average by 35.1 % and almost 50% in some individual cases!

According to AFP-Relaxnews, this result was described as “impressive” for only 30 minutes of testing. The study also postulates that viewing consumption of cute animals can be a powerful stress reliever and a mood enhancer.

Though pictures were nice, the participants much preferred watching cute animal videos, with a high affinity for those showing animals interacting with humans.

In fact, human interaction with animals was the most stress reducing aspect of the slide show.

As with other research, it would appear that animals are able to reduce stress and anxiety in humans. It would appear that images appeal but video clips are more meaningful, and I would therefore expect that physical closeness would be even better.

If you need a wholesome animal video relax to, watch the adorable quokka being cute below: