The parents hold jobs in Singapore and had to watch their children grow up over Zoom calls. 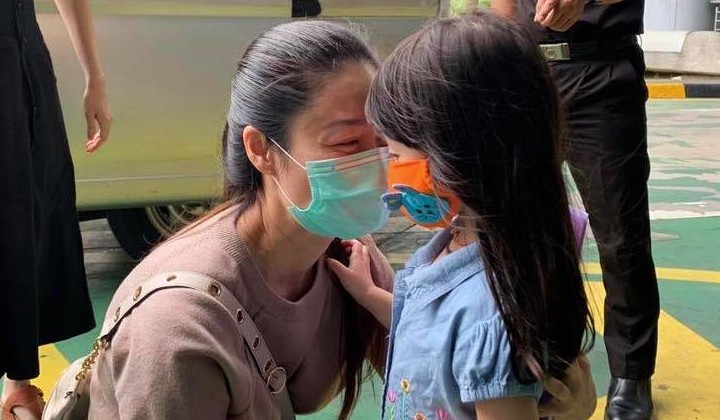 The lockdown of country borders due to the Covid-19 pandemic has resulted in the separation of families. For Malaysians working across the Causeway in Singapore, it’s particularly heartbreaking.

Though the journey used to be easily commutable, with the closing of the Causeway, such journeys have become impossible. However, several Malaysian families managed to have a tearful reunion over the weekend after months of separation, just in time for the Midautumn Festival.

According to the Facebook post by Johor State Executive Councillor Liow Cai Tung, 8 sets of families were able to reunite with their children accompanied by authorities from the Immigration and Checkpoints Authority of Singapore (ICA) and the Immigration Department of Malaysia.

These families hail from Ipoh, Selangor, Pahang, and Johor; with children from as young as six months old to four years old.

Among them were a couple with a newborn baby who were separated for six months. The baby was born in Johor Bahru. Three days after birth, the father had to return to Singapore for work immediately after preparing the birth certificate. The mother returned as well after her one-month maternity leave came to an end.

While the original plan for them was to return every weekend to tend to their newborn child, the lockdown meant that they had to watch their kid grow up through Zoom calls, while cared for by an aunt.

The aunt who had cared for the baby was also in tears, especially since she believed that the separation may last until next year, and by then the baby she had helped to bring up may not recognize her any longer.

Liow also noted that in one case, while the mother was overjoyed to see their child, the child did not recognize her and ended up crying for their grandmother, who was the daily caregiver, leaving the family bittersweet in its reunion.

Liow thanks the authorities for their help in bringing these families and their children together, for it would have been impossible to reunite them.

The ICA has arranged transport for the children and even helped them carry their luggage across the checkpoint.