This is also the first playgroup of its kind conducted in Malaysia. 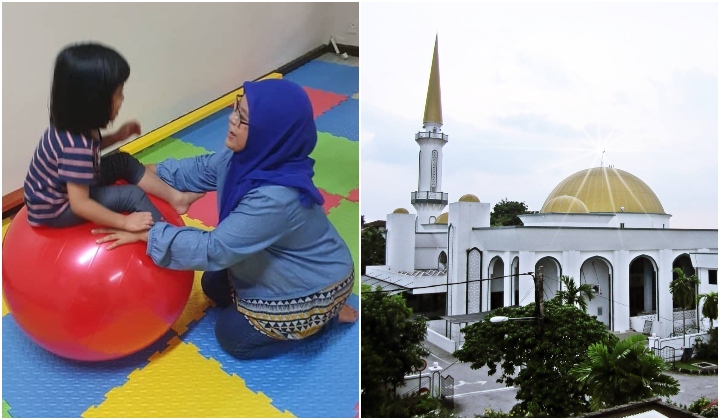 In Malaysia, one often looks at a mosque as a place purely of worship and reverence. But the Kampung Tunku mosque in Petaling Jaya shows us that it can be a safe haven for people of all faiths, especially special needs children with autism.

That’s right, the Kampung Tunku mosque has a dedicated playgroup especially for autisctic children of all faiths!

The special playgroup called Kumpulan Anak Autisme Masjid Playgroup, or KAMI Playgroup, has been a sanctuary since November 2017 for children with autism to play and socialise with volunteers, parents and family members.

Regardless of one’s belief, the children get to engage in numerous activities such as stimulating arts & crafts as well as fun games that help the young kids develop their motor skills.

One of the founders of KAMI Playgroup, Adline Abd Ghani, revealed in her personal blog that the idea stemmed from a friend, Hasniyati, who works with Kampung Tunku mosque and is also a mother to an autistic child.

Hasniyati was inspired to start a playgroup for children with autism after hearing the founder of Autism Cafe Project (ACP) Adli Yahya on the radio.

Adline explained that while the mosque gave Hasniyati the green light to proceed, the journey wasn’t exactly smooth sailing as she had no one to assist her.

Thankfully, fate brought us together and I volunteered to help her with the playgroup.

But the two decided to just push ahead for the good cause and that’s when things started really rolling.

A local early childhood education institution who caught wind of the project volunteered to have one of their teachers, who is also an occupational therapist, stationed at the centre for two months to share her experiences with KAMI Playgroup.

And so, KAMI Playgroup was launched in November 2017!

Though it was meant to run as a pilot project for 6 months, the centre was so popular that it became a permanent fixture at Kg Tunku Mosque and is now fast approaching a three-year-strong run.

In an interview with FMT, Adline explained that their success was in part due to it being an affordable place for low-income families at only RM30 per month in contrast to the three figure fees at private autism centres.

However, with the ongoing Covid-19 pandemic, the centre is currently closed, but plans are underway for them to reopen with SOPs tailored for autisctic children and their guardians.

Anyone who’d like to help out or enroll at KAMI Playgroup can reach out via Facebook (HERE) and Instagram (HERE) or drop an e-mail at kamiplaygroup@gmail.com.