Why watch the fantasy when you can make your own? 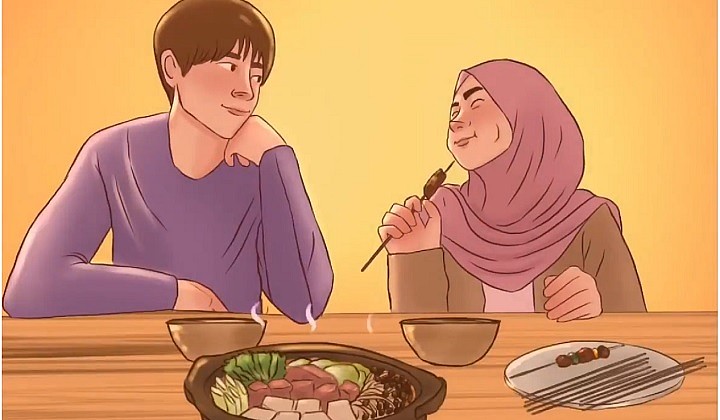 With their heart-fluttering sweet love stories and ridiculously handsome heroes, Korean dramas – popularly known as K-dramas – have a very special place in the hearts of their fans.

But instead of simply watching the love story unfold on the screen, one Malaysian fan has decided to make her very own personal K-drama series and it’s beyond sweet!

Meet Alisha Mustafar, a 20-year-old student, whose beautifully animated personal K-drama video has been making quite the impression online.

The one-minute clip on Twitter has garnered nearly 3,000 likes with scores of impressed Malaysians showering compliments on Alisha’s beautiful work.

Stunned by all the attention, Alisha told TRP that she is pretty grateful for everyone’s kind words as she only began her animation journey in early September after spending a week watching anime to study their drawing styles.

Why animation? Because I find an animated story is the perfect way to deliver someone’s feeling as people can watch it while enjoying the music and voice actors.

As a staunch fan of K-Drama and Korean webtoons from the age of 9, the talented Malaysian decided that it was time to create her own story rather than watching it happen to others.

The story is actually about me, a girl who wants to live in a K-drama. Since I’m not interested in having a real love relationship with a real person in this world, I created my own imaginary boyfriend.

Armed with the Procerate application on her iPad, the young K-drama fan began earnestly sketching the first episode of her personal K-drama. She explains that it took her a solid 9 days of work of sound, transition, and editing to complete the animation.

The challenge is to find the idea – if I find the scene is not interesting, I will remove it and create another one after watching some K-drama for inspiration!

The story begins as an illustration,with the female lead, Alisha, writing a journal about her boyfriend who is now his husband. The next episode continues as an animation in a flashback to the duo’s sweet moments before their marriage.

Of course, being the true stan, Alisha explains that the boyfriend character is based on K-pop idol, Jeon Wonwoo from Seventeen.

With all these attention on her heartwarming personal K-drama, Alisha is now getting offers to have her content licensed for a video streaming provider website that is popular among local K-Drama fans.

She tells us that this experience has shown her that one should never give up on their passions.

If you have interest in something, even in gaming, cooking, or just a fan of K-pop and K-drama; be creative and make people notice you! We can make everything possible if we have our passion in doing something.

So, this is the next episode of my previous illustration. I represent the Malay girls who want to live in a K-drama 😆
Btw, I put a lot of effort into both the audio and the animation so I will appreciate if you listen to it using earphones. pic.twitter.com/ePeQ5HNENW