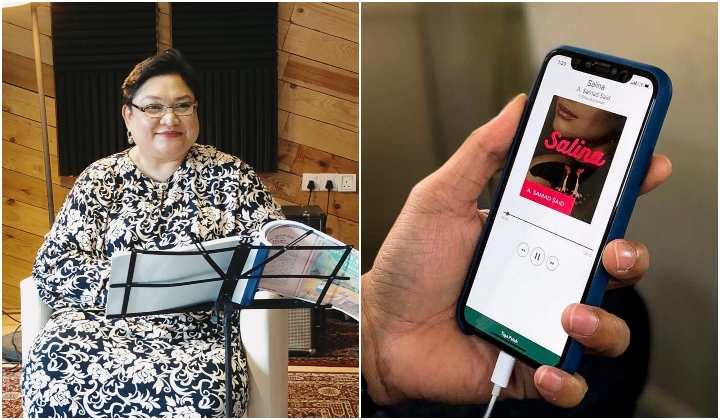 Audiobooks and podcasts have been steadily gaining popularity over the last few years, but did you know that there’s a Malaysian platform dedicated to preserving local classics?

Some recognisable titles include the works of national laureates Shahnon Ahmad and A. Samad Said, as well as the entire collection of the Sang Kancil classics in both English and Malay.

A post shared by Nusantara Audiobooks (@nusantaraudiobooks) on Jul 8, 2019 at 9:25pm PDT

But instead of merely presenting the audiobook, these tales resonate with some of Malaysia’s most iconic voices!

Aside from breathing new life into Malaysian classics, these audiobooks also serve as an invaluable archive with recordings by the late Emeritus Professor Tan Sri Dr Khoo Kay Kim on I, KKK and Mahadzir Lokman Imam on Di Kota Paris and Risalah Tentang Toleransi.

#ceritaseminit Emeritus Prof. Tan Sri Dato’ Dr. Khoo Kay Kim is formative figure in the field of Malaysian history. He was among those instrumental in the formulation of the Rukun Negara following the aftermath of the 1969 race riots, in his illustrious career in public life.

In fact, the platform began in 2016 as an initiative by the Selangor State Government and the Selangor Public Library with the goal of making important literature works accessible to the public.

One of the motivations for the state library is to make sure they are preserved in audio format since the copies are rather hard to find.

Book Sales Are Up During Pandemic

#SupportLokal With These 5 Books Written By Malaysia’s Finest Authors