Aiman represents Malaysia, but Malaysia did not consider him as our own. 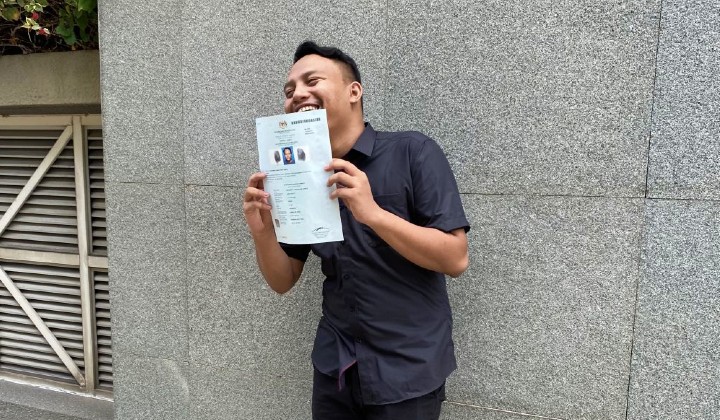 National Esports gamer Muhammad Aiman Hafizi Ahmad has finally become officially recognised as a Malaysian citizen, just one day after Merdeka and a few weeks after his 20th birthday.

According to Malay Mail, Aiman was born on 17 August, 2000 in Taiping Perak to an Indonesian mother and an unknown father. Shortly after his birth, Aiman was legally adopted by a Malaysian couple.

Due to his status as a stateless individual, Aiman missed out on several opportunities to represent Malaysia in regional esports championships and has been unable to progress in his career as an esports athlete.

In limbo for 20 years

His birth certificate stated that he wasn’t a Malaysian citizen. It carried his biological mother’s name and noted that his father’s information was unavailable.

After being adopted, Aiman grew up in Perak with his adoptive parents and their daughter. Aiman received his kindergarten, primary and secondary education there in Kuala Sepetang and Matang, where he completed the UPSR, PT3, and SPM examinations.

In 2012, when Aiman was 12 years old, his adoptive parents made the first application for him to be recognised as a Malaysian citizen under Article 15A of the Federal Constitution.

According to Article 15A, the federal government can register anyone aged below 21 as a citizen in “special circumstances as it thinks fit”.

Their application was rejected in 2015 by the home minister with no reason stated. In 2017, when Aiman was in Form 5, his parents attempted to apply for his citizenship under the same Article again.

In 2019, his team qualified to compete overseas twice in regional level championships. During both occasions, Aiman was unable to represent Malaysia with his team due to his statelessness.

As he was not a citizen of any country, Aiman didn’t have a passport, making it impossible for him to leave Malaysia. After being repeatedly withheld from travelling out of the country to compete, a frustrated Aiman stopped playing esports competitively.

Taking matters into his own hands

Having waited years for the government to decide on his 2017 citizenship application, Aiman decided to file for a judicial review in court in June 2020. On 5 August, Aiman won leave from the High Court to proceed with his case. The case was scheduled to come up for case management on 19 August.

Then, one day before, the Attorney General’s Chambers sent a letter to Aiman’s lawyer, New Sin Yew, informing him that the government had already approved Aiman’s citizenship application before the court case was filed.

It also attached a letter by the home ministry dated 9 January, 2020 addressed to Aiman’s father saying that it had made a decision on Aiman’s citizenship asking his father to collect its decision letter at their offices in Putrajaya.

Though, the letter didn’t state if the decision made was approval or rejection.

According to Aiman, he never received the 9th January letter even though it was addressed correctly to his parent’s residence in Perak, and he didn’t know his application had been approved much earlier in January.

Nonetheless, Aiman shared he was overjoyed at the news. Meanwhile, his lawyer told Malay Mail that they would be discontinuing the case since there’s no reason anymore for a judicial review.

My birthday is August 17, then I received the letter on August 18. I can say that this is the best birthday gift in my 20 years.

Aiman confirmed with Malay Mail that he collected the certificate of citizenship at the NRD headquarters in Putrajaya at 2.30pm 1st September. His parents and elder sister travelled all the way from Perak for the occasion.

I’m happy and grateful to receive citizenship. Before, I couldn’t do what I wanted to do, when the citizenship application is approved, I feel like a new hope is coming to do what I wish to do.

He told Malay Mail he was proud to receive his certificate of citizenship one day after August 31. He had applied and paid for the certificate on 25 August. At the same time, Aiman also submitted an application for his Mykad. It’ll hopefully be ready for him in less than three months.

Aiman shared that the first thing he wants to do once he receives his IC is to get his driving and motorcycle license. Then, he wants to open a bank account.

It has been long already, since Form Five ― three years ago.

After 20 years, the Malaysian government finally recognises Aiman as one of our own.

Now, Aiman can look forward to pursuing his esports career, fulfil his dream of studying computer science in university and take any other opportunity that comes his way knowing that he won’t ever be stopped by any statelessness issues anymore.

Maybe I will focus on whatever chances that are given, what lies in front of me. All things are possible, see which comes first.