From a servant to scientist. 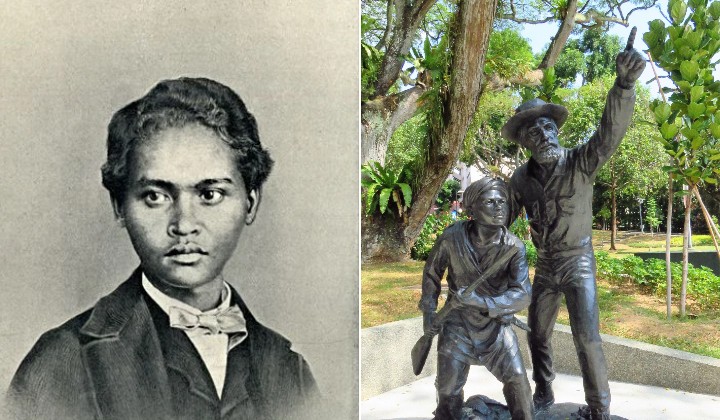 Alfred Russel Wallace (A.R. Wallace) was a British naturalist and explorer famed for having developed his own theory of evolution by natural selection ahead of Charles Darwin.

In fact, Wallace’s discoveries throughout his expeditions are said to have provided supporting evidence and inspired Darwin to write his most profound work titled On the Origin of Species, published in 1859, which describes how different organisms change, adapt, and evolve over time.

Wallace’s work stems from his 8-year expedition to the Malay Archipelago which encompasses the surrounding areas of the Philippines, Indonesia, Papua New Guinea, Singapore, and of course Malaysia, beginning in 1854.

Here, he and his team discovered hundreds of never before seen insects, birds, and mammals and collected over 125,600 specimens of flora and fauna.

The region also became the setting in Wallace’s research journals titled the Sarawak Law published in 1855 and The Malay Archipelago: The Land of the Orang-Utan, and the Bird of Paradise published in 1869.

It was during this time in Southeast Asia that the English explorer met a Sarawakian boy named Ali, a youth who would contribute to many of Wallace’s discoveries.

Not much is known about Ali. However, Wallace’s accounts in his letters and books described the youth as an attentive and clean “Malay lad” from Borneo with various skills in bird hunting and boating.

It is said that Ali may have been a Muslim villager who was around 15-years-old when he joined Wallace’s expedition, tailing the naturalist on his journeys from 1855 to 1862.

[Wallace & Ali Statue Launch] A statue of naturalist Alfred Russel Wallace & Ali, his trusted assistant, is the latest addition to our museum.

The statue celebrates Wallace & Ali’s explorations in the Malay Archipelago. Come see them and our new exhibit!https://t.co/yUB3iwgnGG pic.twitter.com/uzkSrSSiEM

Ali started out working for Wallace as a servant and a cook, but would later become the naturalist’s chief assistant or “head man” charged with collecting samples for study.

Ali’s affinity for birds had helped Wallace catalogue countless species of avian creatures including the Wallace’s Standard Wing, a bird of paradise found in Indonesia, collected by Ali himself.

It is said that Ali had gathered some 5,000 species of animals, mostly birds, throughout the expedition, where many of them made their way to museums across Europe.

Ali was also said to have taught the Englishman how to speak Malay and had also trained many of Wallace’s assistants to do their jobs and tasks.

Ali even called himself “Ali Wallace”, described for being the naturalist’s avid comrade.

Before returning to England, Wallace had a portrait of Ali taken, where for the first time in his life, Ali fashioned himself in western-styled clothing.

In his own words, Wallace described the dashing young man as his “faithful companion of almost all my journeyings among the islands of the far East”.

Ali’s portrait is stored in the archives of the Natural History Museum in London, a pleasant reminder of his amazing contributions to the scientific world.