Don’t be surprised if you get a compound, though. 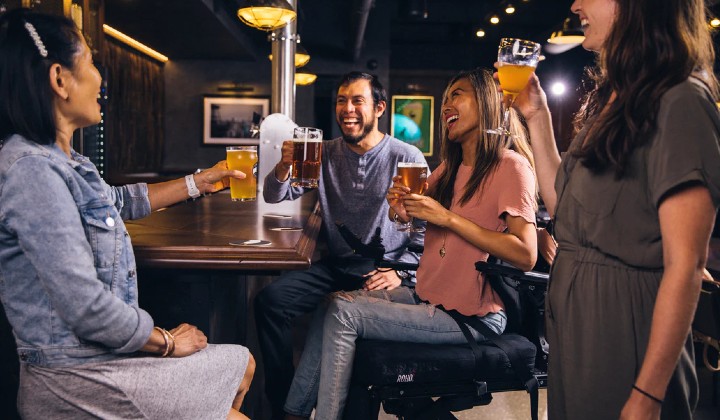 Pubs, nightclubs (and some bars) have never been approved to open since MCO began in March

A quick check on the National Security Council’s (MKN) website shows a list of banned activities (as of 12 August), including:

The reasons given for this ban include crowd control difficulties, as well as continuous close contact within a confined space that increases the chance of being exposed to virulent droplets.

But why are some bars, pubs and nightclubs still open?

There are two answers to this question:

Back in May when confusion erupted over the operations of pubs and bars, Kuala Lumpur city mayor Datuk Nor Hisham Ahmad Dahlan explained that outlets with restaurant and liquor licences are allowed to operate.

There is actually no ban on serving alcohol at eateries as long as they have the licence to sell liquor from the Customs Department.

Only outlets with an entertainment licence such as pubs, (some) bars and nightclubs have to remain closed.

Though the definition of “entertainment” is up to the local councils, it generally covers live music, pool, snooker, dart games, pubs, music, live band and dancing.

If these outlets also have a restaurant license, then they can actually remain open BUT strictly only conduct their restaurant operations as stated in MKN’s SOP.

Don’t be surprised if you get a compound

Ismail Sabri has warned that the PDRM task force and local authorities are now carrying out joint spot checks on outlets and premises, to enable swifter and harsher punishments on offenders.

The police can issue compounds to those found violating RMCO health SOPs, while the local authorities can immediately take action against the owner of the premises – which include closing down the outlet and revoking their licenses.

If you’re unsure about going to a bar, these outlets are required to display their licenses at a “noticeable spot”, so you can always check before deciding whether to dine or drink at your favourite spot.