Say goodbye to another Netflix original. 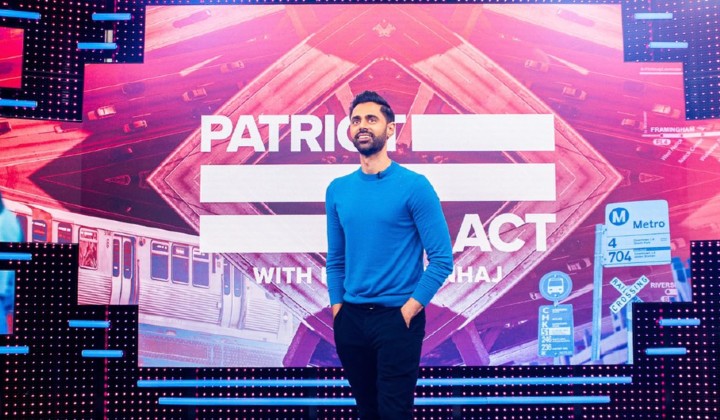 Patriot Act is a weekly talk show hosted by Hasan Minhaj exclusively on Netflix, where he speaks about serious issues in an entertaining and comedic way, such as rigged elections, increasing financial struggles, and in one episode, 1MDB.

However, last night Hasan Minhaj tweeted that the show has come to an end, thanking everyone who watched the show together.

What a run. @patriotact has come to an end. I got to work with the best writers, producers, researchers, and animators in the game. My 2 babies were born and grew up with the show. TY to @Netflix and everyone who watched. Now it’s time to return these screens to Best Buy 😎 pic.twitter.com/4s4TrsKWe6

Netizens were naturally sad to see the show go, as many found Patriot Act entertaining and informative. In fact, Patriot Act has quite a following in Malaysia too.

However, this isn’t the first time that Netflix has cancelled their original shows. In fact, Netflix often cancels shows with three seasons or fewer, even if it has a cult following. All things considered, it’s quite impressive that Patriot Act has managed to hit 6 seasons at all.

Netflix is an online streaming-on-demand site with no ads, which means they can’t have long drawn-out shows that rely on fan loyalty. Long TV shows with many seasons worked for broadcast companies because of prime time ad breaks, which is how they made revenue.

Instead, Netflix must rely on fresh content that creates new interest or buzz in the subscription itself, because their revenue is generated from new audiences and subscribers.

That’s why it feels like Netflix is pushing out a lot of new shows (which they are) to get people interested in subscribing, and aren’t as concerned about the longevity of the shows, because longer seasons does not promise new viewership.

At least there’s always an option of rewatching all of your favourite episodes, or if you’re feeling lucky, try out the new shuffle play option so don’t have to agonize over what to watch.