There are no specific laws, but protocol must be respected. 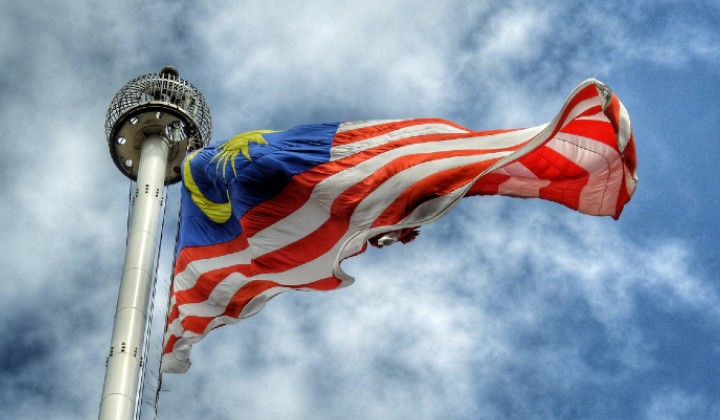 With August being Merdeka month, Malaysians are celebrating patriotism with proud displays of our national flag, the Jalur Gemilang.

And almost every year, we would hear news of the Jalur Gemilang being “disrespectfully” hanged upside down, with the people responsible arrested and charged.

But why is an upside down flag viewed with such disdain and considered an offence?

Aside from being a sign of ignorance, typically, an inverted or an upside-down flag is recognized as a signal for dire distress. It is said that sailors would hang upside down flags to signal that the ship was in trouble.

But with time, displays of upside-down flags have also been used as a means of symbolic protest.

In China, the government even plans to enact laws prosecuting people for desecrating its national flag following incidents of protest in solidarity with Hong Kong.

Legally, there are no laws governing how the Jalur Gemilang should be treated and every Malaysian has the right to fly or display it in whatever way, either physically or digitally.

In 2006, then Deputy Culture, Arts and Heritage Minister Datuk Wong Kam Hoong even said that it was okay to wear costumes and clothing imprinted with the Jalur Gemilang as long as it’s done so respectfully and with the intention to show pride and love for the country.

The only law that regulates the use of the Jalur Gemilang is the Emblems and Names (Prevention of Improper Use) Act 1963 which prohibits its improper use for commercial purposes.

However, the government does have non-legally binding protocols and guidelines on how the Jalur Gemilang should be displayed and used in public and private spaces or events.

Though there are no specific laws, more or less, protecting the Jalur Gemilang, those viewed to have dishonored it either through the eyes of government oversight or public discourse can still be found guilty and charged.

Subjectively, offenses against the Jalur Gemilang can be accountable under Section 504 of the Penal Code for making insults and provocation that disturbs the public peace, punishable by fines, jail time of up to 2 years, or both.

Offenders can also be charged under Section 14 of the Minor Offences Act 1955 for provoking or using profanity and insulting language or behavior that disturbs the peace, invoking prison time and fines of up to RM100.

Additionally, charges can also be brought under Section 233 of the Communication and Multimedia Act 1998 for inappropriately using network facilities or services by indiscriminately posting or sharing the Jalur Gemilang online, which is punishable by fines of up to RM50,000 or 2 years jail time, or both.

Recently, Kuala Linggi Assemblyman Datuk Wira Ismail Othman said that action would be taken to anyone who deliberately displays the Jalur Gemilang upside down, even if they apologized.

He said that the Jalur Gemilang must be honored and no compromises would be made for those in violation of protocols.