He also notes that Han nationalistic ideology wiped out the language in their desire to conform to the Mandarin tongue. 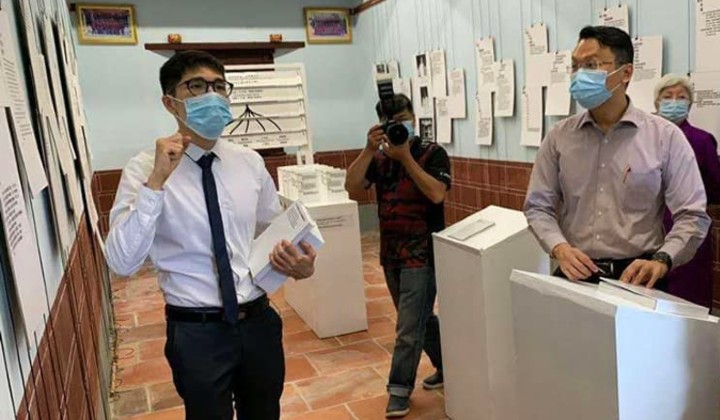 Sim Tze Wei, a linguist and President of the Hokkien Language Association of Penang, has raised concerns that Penang’s Hokkien language is dying out.

If you have ever been to Penang, you may have noticed that everyone speaks Hokkien, even ethnic Malay and Indian locals. Widely regarded as one of Penang’s official languages, Penangites regardless of race converse in Hokkien, but younger generations are struggling to speak the language in favour of Mandarin and English.

Sim believes that Hokkien has been endangered because of Han Chinese nationalism, which advocates the use of Mandarin above other Chinese tongues.

In fact, even private Chinese vernacular schools encourage the usage of only Mandarin, while other tongues such as Cantonese and Hokkien (commonly referred to as dialects) are not allowed.

In fact, Sim is adamant that Hokkien, together with other Chinese-based languages like Cantonese, are full languages on their own instead of the commonly misinterpreted dialects.

He states that Hokkien is not merely a “corrupted” dialect of Mandarin and is instead the lingua franca in many places in Southeast Asia. In fact, Hokkien actually has its own written script, just like written Mandarin, which is derived from the Sinitic script.

Sinitic script is the mother script which gave rise to written languages for communities in China, Japan, Thailand, and Vietnam. These communities then evolved the script to fit their own language.

Sim claims that written Hokkien and written Mandarin are so dissimilar in language that Mandarin readers would not be able to understand any more than half the characters of written Hokkien. In fact, the two languages are more dissimilar than English and German, which shares Germanic roots.

As such, Sim is urging for youngsters to speak to their parents and grandparents in Hokkien with the Speak Hokkien movement, stating that there is always time and opportunities to learn English and Mandarin, but Hokkien is likely to die out with the elderly population.

To raise awareness of potentially losing a language, Sim is currently hosting an exhibition called The Death and Life of Hokkien: How an Ideology Wiped Out Your Language at Cheah Kongsi on Beach Street, Penang, until 25 October later this year.

If you’re unable to travel to Penang for the time being, they have also prepared a short video that explains the history and context of the language.