The public are asking for an official SOP 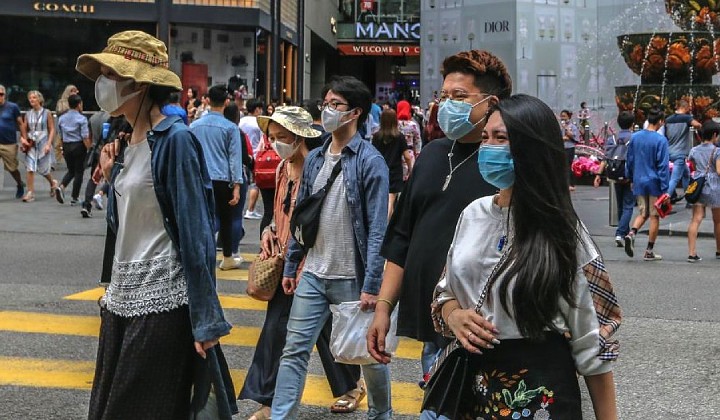 Starting August, the government has made it compulsory for everyone, except for a selected group of people, to wear face masks in crowded public areas and on public transportation to curb the spread of Covid-19.

But apparently, enforcement on the new mandatory facemask rule is leaving some Malaysians outraged and confused.

Recently it was reported that around 20 people were fined by authorities for not wearing face masks at a public beach in Johor.

With a RM1,000 compound being the price paid for anyone who breaks the rule, Malaysians are taking to social media to question the specifics of the government’s laws and guidelines for wearing face masks out in public.

While some were of the opinion that the authorities were right in doing their jobs, other netizens took to probing the justifications made to fine people who were leisurely enjoying the outdoors, whilst doing activities that should make it rather impossible to wear a mask, like swimming in the ocean.

Why would you have to wear a mask outdoors by the beach? Was the beach crowded with this 26 people? This is what happens when you have stupid police officers. Simply thinking they’re following the rule of the law without understanding the intent of the law.

Isn’t the ruling for ‘crowded’ places? 26 people, not huddled together, at a beach is not how you would describe as ‘crowded’. I wonder if walking at TC, at 7am, without a mask, with 20 people, metres apart, is deemed as breaking the law?

There were also those who claimed that authorities were enforcing the face mask rule based on arbitrary reasons.

People pondered on the government’s definitions over simple yet relevant things; like; how many people would be considered a crowd? What exactly does it mean by “public space”? And how does the government define a person’s “social bubble” or a person’s social circle where physical distancing is hard or impossible to maintain.

Some also asked authorities for an official set of guidelines for face masks to which the public could follow accordingly.

Social media users also pointed out that when the rule came into effect, the government has yet to officially gazette the law under the Prevention and Control of Infectious Diseases Act 1988, despite previously mentioning it would be doing so.

Unfortunately, the face mask regulation under the Prevention and Control of Infectious Diseases Act still isn’t published yet on the AGC’s federal gazette website as of this morn. So we don’t know where exactly the rule applies and which groups are exempt (like small children). https://t.co/vXFhC2TFSy

Curiously enough, TRP also found that the only “official-official” guidelines to even mention the wearing of face masks was issued in the National Security Council’s (NSC) New Normal Standard Operating Procedure (SOP), which states that the public is merely “recommended” to wear face masks “especially” if they are sick and showing flu symptoms.

However the same SOPs also detailed restrictions and guidelines for the public to maintain hygiene and social distancing practices, taking into account the “3S” Sesak, Sempit dan Sembang dengan jarak dekat, which basically tells people to avoid crowded and confined spaces, and abstain from talking to people at a close distance.

It seems like until the government officially gazettes the mandatory mask ruling into law, Malaysians may have to wait and see for any upcoming announcements.