The past few weeks have been quite a roller-coaster for Sugu and Pavithra. 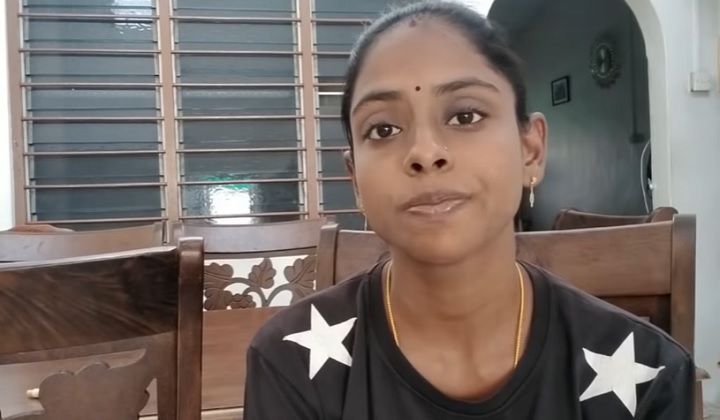 The last few weeks of July have been riddled with issues for the couple behind one of Malaysia’s most popular cooking channels, SuguPavithra – especially with M. Sugu’s arrest over allegations of violence while drunk in public.

But S. Pavithra has decided to come clean about their troubles in a 5-minute video on the SuguPavithra YouTube channel that details the issues faced by the young couple in the last few months.

In the video uploaded on 30 July, a sombre Pavithra speaks into the camera alone as she clarifies that the situation surrounding her husband’s arrest arose from money and family issues.

My family has never shown any support, nor given any help, during my 7 years of marriage with Sugu. Only after we became successful, they started showing up, asking for money and created issues in my family.

Pavithra acknowledges that Sugu was at fault for being drunk in public but asserts that he is not an alcoholic.

On 22 July, Sugu was arrested for possession of a dangerous weapon in public at the Hospital Raja Permaisuri Bainun parking lot on July 21 at around 6pm. There were claims that he allegedly attacked his wife at a hospital parking lot and drunkenly brandished a grass sickle as he attempted to enter the hospital. After the issue sparked national attention, Pavithra withdrew the police report against her husband.

The 28-year-old continues to explain that the harsh glare of media attention on her family exacerbated the issues they faced.

We were honestly confused by all the media attention. We’ve never spoken publicly about our issues and our situation is not one of national importance. But they still went ahead and complicated the situation by publishing false stories about Sugu and I after that day.

As the internet debated Sugu and Pavithra’s situation, the topic mainly focused on domestic violence with calls for Pavithra to leave her husband and go forward with the SuguPavithra YouTube channel alone as many regarded him as her abuser.

However, Pavithra dismisses these demands and says that “netizens have misunderstood because they do not know the reality.”

The SuguPavithra channel belongs to us both, Sugu and Pavithra. We’ve been doing these videos together from the start. If there’s no Sugu, I definitely cannot make the videos for YouTube. He has always supported me, helped record, prepared the cooking ingredients and takes care of our children.

She also states that it is his recipes that have gone viral, naming the ‘Kari ayam tak payah tumis’ and ‘Kari ayam pencen’ videos as examples that have garnered 2 million views.

Buntong-born Pavithra was named Ipoh City Icon on 20 July, but has told the media that she and her husband will reject the award after several news reports alleged that the award was the source of arguments between the husband and wife.

But Pavithra clarifies that she rejected it because if the award was given for her cooking videos, she didn’t do it alone as her husband also contributes as mentioned before.

There are more deserving local YouTubers. I am not yet worthy to be an icon.

Following the flurry of attention, all the videos on the SuguPavithra channel disappeared with Sugu admitting that he deleted all of it.

Pavithra apologised for deleting all the videos but said they deleted it due to the hurt caused by the money and family issues.

We understand this problem happened because of money and we were really hurt and upset about it that day, and so (he) deleted the videos. But we hope the situation will improve and we will re-upload the videos soon.

Pavithra then thanked their subscribers for their love and support while apologising for what had happened.

No one can ever separate us – our family is Sugu, Pavithra and our two children. I hope that things will improve soon and that  we will always be together.