Malaysia is so dang hot and sunny anyway, we might as well make use of it. 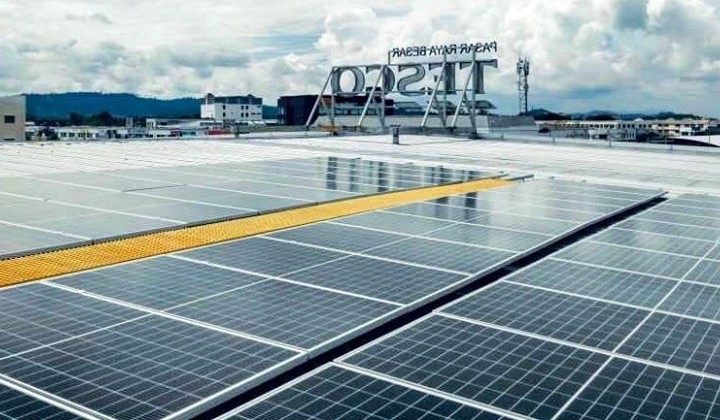 Subscribe to our Telegram channel for the latest news updates.

Supermarket chain Tesco has plans to install solar panels onto 15 of their 62 stores in Malaysia by October this year. According to their Facebook announcement, the power generated from the solar photovoltaic (PV) panels can generate enough electricity to power 804,905 three-bedroom homes for an entire year.

To put that into perspective, that’s 12.5% of the total Malaysian households if every household lived in a three-bedroom home!

Malaysia still relies primarily on non-renewable sources of energy to power the country, and it’s actually running out. From the period of 1990 to 2016, more than 90% of electricity for Peninsula Malaysia was generated from burning fossil fuel. However, our country’s reserves are also decreasing, so if we don’t look for alternative sources of energy, we will end up draining the country dry and having to buy our energy from elsewhere.

In addition to that, energy demand has been ever increasing with an average increment of 1.8% annually. Thus, the need for renewable sources of energy is more crucial than ever.

The good news is that the country is pressing forward with renewable energy tech. In addition to sources such as biomass, biogas, and mini hydro plants, solar PV technology is quickly gaining traction to be a popular choice for renewable energy use.

In 2017, Malaysia was the third largest producer of solar photovoltaic cells and modules, making us a major player in the solar power industry. According to the Malaysian Solar PV Roadmap, the country aims to be the preferred hub for solar cell manufacturing by 2030!

However, right now, solar energy makes up only a little under 2% of the total energy generated by renewable energy in the country, although there are various campaigns to push the adoption of solar energy usage. Large-scale solar (LSS) projects are being implemented all over the country, which are solar PV plants that can generate between 1 million to 50 million watts worth of electricity!

Malaysia has the advantage of geography, getting full sun almost every day of the year with high irradiance levels. In addition to that, the country is also one of the biggest solar panel manufacturing hubs in the world, which makes solar energy the no-brainer option for renewable energy moving forward.

Big players should lead the way.

The average residential household uses significantly less energy than the commercial sector, which means that green energy steps that large corporations take will always make more of an impact than the average household.

The fact that Tesco has adopted the use of solar energy is a big step in the right direction and a call for other large companies to start looking into renewable energy.

If more large companies make it their priority to make the switch to reusable energy, the country could see a significant decrease in dependency on our non-renewable energy sources.

Things Malaysians Are Already Doing To Save The Environment

Lotus’s Officially Takes Over Tesco Stores Today, All You Need To Know

Hypermarket Chains Getting Friendly On Social Media As MYDIN Says Goodbye To Tesco, Hello To Lotus’s