Terence Yong and his team transformed the 1903 Victorian Gothic-style convent into a 35-room modern guest house. 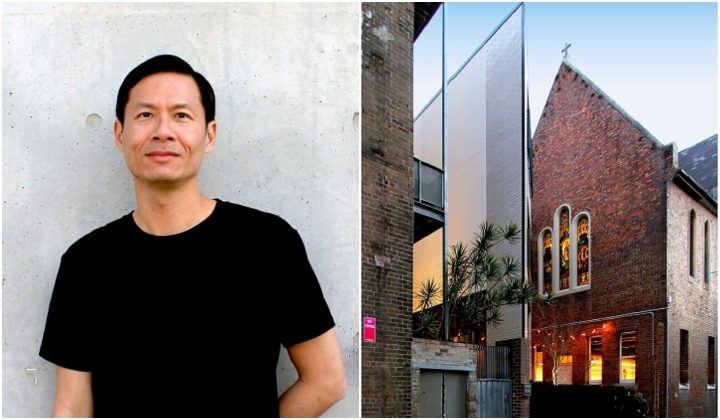 A former convent turned into an experimental guest-house hotel in Sydney, Australia has been making quite the impression with three national-level awards in 2019 for its ingenious design. But what many may not know is that the Little Albion Guest House was actually designed by a Malaysian architect!

Meet Terence Yong, the Sydney-based Malaysian architect who has been creating beautiful buildings for nearly 20 years.

In an interview with a local blog Surry Hills & Valleys, Terence admitted that he has a burning passion for architecture that was sparked one day when he picked up an architecture magazine and chanced upon the image of a stunning house.

Then I became an architecture groupie. I love the detail of architecture, I get goosebumps when I see sexy buildings. When I see buildings that are finely detailed, simple, light, bright, airy and refined, that is an aesthetic that I like.

With this newfound love, Terence began working with well-known architects in Sydney before setting up his own boutique firm in 2015 – Terence Yong Architecture – in Surry Hills where the award-winning Little Albion Guest House also stands.

The heritage-listed former convent turned into an experimental hotel has been making news since its completion in 2018 as one of the most stunning luxurious hotels in Sydney and won the 2019 Workspace Awards (Hospitality), the 2019 Inaugural Paul Davis Hotel Design Award and the 2019 Hotel Management Awards (Best Hotel Interior Design).

One of the main reasons the exquisite structure gained such a unique standing is the home-like experience it offers as a hotel that also feels like a guest house, which in turn feels like someone’s home while inside a former school convent heritage building with construction that dates back to 1903.

The building was transformed into a 35-room modern guest house in 2018, merging the original Victorian Gothic-style with new construction with 1920s and 1970s styles of interiors.

According to Terence Yong Architecture, the design of the hotel was centred on celebrating the different eras that the 1903 former convent has gone through.

With a Bachelor’s degree in architecture from Curtin University, Perth and a Masters in Urban and Regional Planning (Urban Design) from Sydney University, there’s little surprise that Terence has managed to skillfully convert the traditional structure into a rather modern space.

But we can definitely expect more from the talented Malaysian.