“She is absolutely right.”
-TRP’s Editor (who is a man) 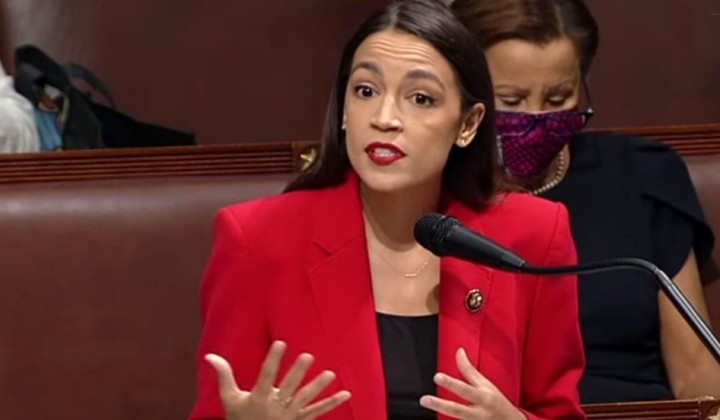 Subscribe to our new Telegram channel for the latest updates on top issues.

Harassment, whether it is in a professional setting or not, is not uncommon. Every woman has had to deal with it in some point in their lives, including women here in Malaysia, but a woman in America makes a good argument as to why this shouldn’t be.

American political representative Alexandria Ocasio-Cortez (commonly known as AOC) made a statement today addressing how another representative Ted Yoho accosted her and called her a “f*cking b*tch” on the steps of the Capitol.

In an impassioned speech, she acknowledged the universal woman’s experience working in a hostile environment.

I want to be clear that Representative Yoho’s comments were not deeply hurtful or piercing to me… I have walked the streets in New York City, and this kind of language is not new.

AOC in her speech, addressing how frequently women have offensive remarks thrown at them.

However, she then spoke up about how women should not merely accept non-apologies or to just accept these uncouth behaviors as a culturally-expected norm, especially as representative Yoho implicitly gave permission to other harassers to call his own wife and daughters with the same crude language by using it on a political equal.

AOC also concisely notes that just because certain men have wives and daughters does not make them decent. Instead, what makes a man a decent person is in the way they treat others.

Treating people with dignity and respect makes a decent man, and when a decent man messes up as we all are bound to do, he tries his best and does apologize. Not to save face, not to win a vote, he apologizes genuinely to repair and acknowledge the harm done so that we can all move on.

AOC on what truly makes a decent man.

She ends her powerful speech cautioning that the image a person projects may not match up to their actions, and even those holding the highest offices can openly hurt and degrade minority communities.

This speech was made in the United States, in the midst of racially- and politically-charged sentiment, but it hits close to home when we look at the way our own Parliament has behaved.

From a representative being called “gelap” to having religious practices made fun of or even being heckled as the youngest member of parliament stood to speak, our own politicians have no shortage of uproars and uncouth behaviours even in a place of government.

Respecting boundaries is not an attack on men, but rather it is a reasonable expectation for everyone to uphold common decency and simply to be a good person.

Watch the full video below: