He will also be the only Malaysian in Stanford University’s Class of 2024. 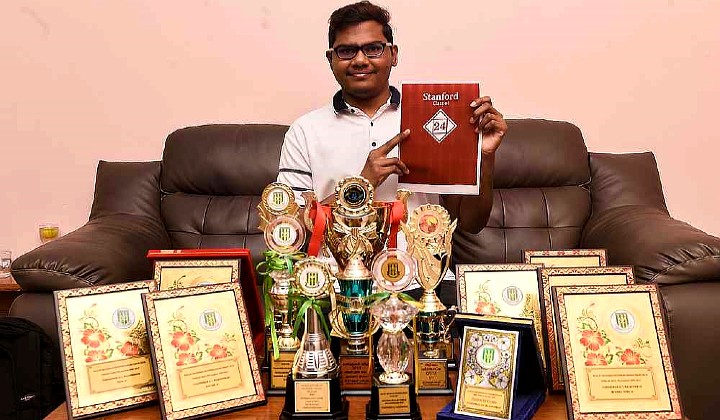 Meet Yugendran Rajaendran, the Malaysian math whiz who just got accepted to 10 of the world’s top universities including Yale, King’s College London and Stanford University – the latter which he will be joining to become the only Malaysian in their class of 2024.

The 20-year-old Klang boy had always been exceptional, mastering mathematics percentages at the age of four and later achieving 11 A+ in his SPM.

Continuing to display his prowess with predicted 5A’s for his A-Levels at Epsom College, the Malaysian applied to 15 of the world’s best universities and got accepted into 10 of them!

According to Malay Mail, offer letters flooded in from the likes of King’s College London, Yale University, University of California Los Angeles (UCLA), New York University (NYU) and Columbia University, but Yugendran has chosen to pursue a double degree in Bioengineering and Mathematical and Computational Science at Stanford University in California, USA.

While his achievements are remarkable, Yugendran hails from a humble background with his father working as a motorcycle mechanic while his mother is a housewife.

I’ve always liked math. My father used to buy me math exercise books and I’d finish it in a day. That’s when I knew that I have an aptitude for learning. I find it intellectually stimulating.

Yugendran told Malay Mail that they instilled an incredible work ethic in their children, working hard to make sure that they could chase their dreams. And that support has indeed borne fruit with three of his elder sisters pursuing careers in medicine.

Now, the youngest in the family of five plans to follow along the same path as his siblings, but with a mathematical twist as a medical scientist.

The brilliant Malaysian hopes to do some good with his achievements to help people have a better quality of life, with aspirations to work with Malaysian Health Ministry on local healthcare policymaking.

With all that he’s achieved so far, we will be looking forward to Yugendran’s life-changing work.