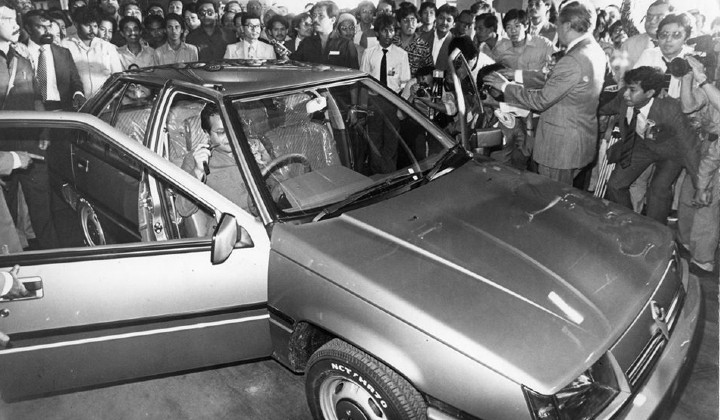 Malaysia’s first national car, Proton Saga, was released on 9 July 1985. PROTON was the brainchild of then-Prime Minister Tun Dr Mahathir Mohamad, who suggested that Malaysia should have our own national car maker in 1979 in an attempt to improve the country’s industrialisation.

Since its introduction to the Malaysian public, the Proton Saga has been a popular car to own and drive until today.

The 2019 model of the Saga recorded booking volumes that nearly matched the very first original Saga. In June, the Saga hit its highest monthly sales volume in 70 months.

Proton promises an exciting announcement on their Facebook page for their 35th anniversary, which will be on 9th July.