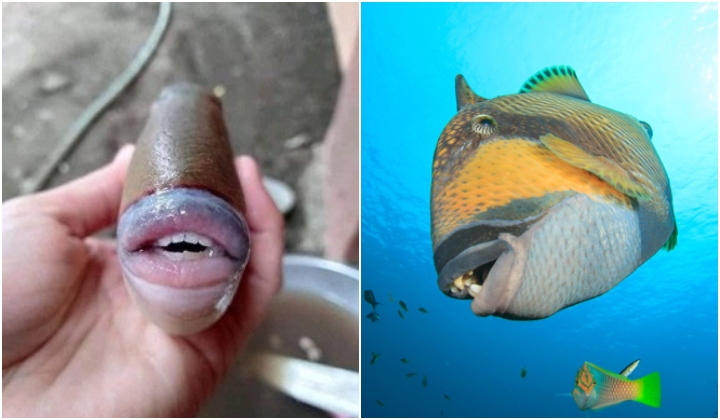 Almost like clockwork, the image of a fish with human-like teeth will pop up on social media or even forwarded through messaging apps.

Sometimes it’s accompanied by words of disbelief, other times its followed by a tale of someone cursed for grievous wrongdoings.

But what is this fish anyway?

The strange-looking fish is actually known for being, well, triggered.

Highly territorial of their nests in coral reefs, the triggerfish are infamous for their nasty attitude and aggressive behaviour towards intruders – including humans.

In fact, in the diving community the triggerfish is pretty well known for charging and biting divers who accidentally come too close to their nests.

The triggerfish has a strong jaw with teeth adapted for crushing shells, so their bites can puncture diving suits and leave quite the mark.

And yes, the triggerfish is found in Malaysian waters, especially off the east coast and around Borneo – including the coral reefs of Redang, Tioman and Sipadan.

Locally, this odd-looking creature is known as ayam laut or ikan jebong.

But they’re an integral part of the coral ecosystem

Those tough jaws are also pretty useful in taking on sea urchins and crabs -which is a messy situation, so smaller fishes often follow triggerfishes to feast on their leftovers.

Unfortunately, the species is highly sought for aquarium trade which led to fishermen gathering the threatened species from the wild,

According to National Geographic, researchers are attempting to raise triggerfish in captivity so that the wild populations will be left alone.