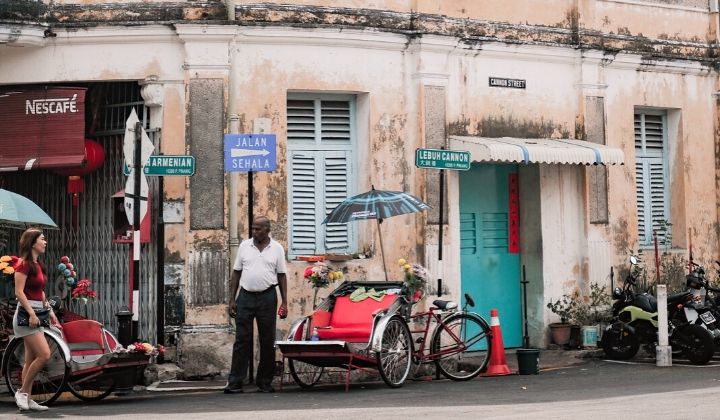 There is no questioning Penang’s status as one of the most popular Malaysian states that locals and foreigners like to visit.

Over the years, the state has been listed as some of the top must-visit destinations by the likes of Lonely Planet and Forbes. It was also recently named as the fourth best destination for digital nomads.

So what exactly is Penang’s charm, that it has managed to capture the hearts of so many?

For Malaysians who are non-Penangites, it’s the food

We are a nation that takes food seriously, and Penang is widely accepted as the Mecca of Malaysian food.

Ask anyone what comes to mind when the word “Penang” is mentioned, and most would reply with “food”. The state is not short of great food haunts: from the super touristy Gurney Drive to the hidden gems at the Taman Free School Food Court; as well as traditional Peranakan cuisine to even cafes of the third wave coffee culture.

It is common for non-Penangites to visit the state for a makan trip. Not only is it convenient to travel to for those living in Peninsular Malaysia, but also really affordable for those in East Malaysia. Keat is one of those who would visit Penang almost once a year just for the food.

My usual must-haves are the Hameediyah nasi kandar, the food along Kimberley Street, and tandoori at Restoran Kapitan.

While some may find this list of popular restaurants ‘overrated’, Danial thinks it does not really matter because you can find tasty food anywhere in Penang. Danial spent three years studying in Penang and regards it as his favourite Malaysian state.

Penang is where I grew fat. You just can’t help it. Almost everywhere has great food. My mum’s food will forever be number one, but Penang food is number two for me.

As we asked more non-Penangites, there were others who mentioned the famous street murals and George Town Literary Festival. Both elements have also helped solidify Penang’s status as an important cultural hub in Southeast Asia.

I like checking out the street art in Penang, and I have a habit of buying collectible souvenirs from places I like. I have a collection of Penang-themed stuff, like tote bags and even cigarette lighters. Oh, and I must always buy back some tau sar piah from Him Heang. It’s the best!

At the end of the day, for most Malaysians, Penang is still always about food.

Is food the best feature of Penang? Penangites agree…

Malaysians are generally proud and ultra-protective of our local food culture. The same applies to Penangites, who mostly share the opinion that their food is really one of the best in the country.

In fact, Penangites enjoy their food so much that one of them described it as an important aspect of her childhood.

How was growing up in Penang like? One word – fattening. My memories about growing up involve breakfast at the kopitiam with my grandparents; then cendol after school; and then sometimes my parents would tapau char koay teow for supper.

And it really does seem like Penangites were just born with great cooking skills. Lin, another Penangite, claims that Penang has the best of Malay, Chinese, and Indian cuisines.

Sam sees Penang as a centre of Hokkien culture in Malaysia. The state was home to five prominent Hokkien families in the past, one of which built the Khoo Kongsi, a UNESCO World Heritage Site. The Hokkien dialect spoken in Penang is also different from the one spoken by Malaysians from other states, with Penang Hokkien having more borrowed Malay words.

Penang reminds me of Penang Hokkien and our unique Hokkien accent. You can tell that person is from Penang from the way they speak, even if the person is speaking Malay or English. It sounds like home.

He also feels a strong connection to his home state, and plans to return to Penang to work after he is done with his studies in Kuala Lumpur. Sam also speaks of starting a family and raising children there, as it is the only place where he can find a sense of belonging.

This sentiment is shared by both Lin and Eunice as well. Though they have settled permanently in the Klang Valley and have families here, the girls still regard Penang as their home.

Penang, to me, tastes of home and happiness.

This is because her happiest memories and some of the people she loves most are in Penang, which she looks forward to visiting every now and then.

As for Lin, it is the harmonious environment and the friendliness of the people that make her feel more at home in Penang compared to anywhere else.

From Malay to Chinese to Indians, Penangites live in harmony. We embrace and respect each other’s cultures and live within those cultures. I also think it’s the only place in the country where you can see a mosque, a Chinese temple, and an Indian temple together in one row.

Due to this, Lin strongly feels that Penang has all the right elements to create patriotic Malaysian citizens who embrace the country’s diversity.

Penang – a state to be proud of

Clearly, Penang is more than just a state to all Malaysians. Some regard it as an icon for local food culture, while others see it as a symbol of home. Whatever it means to all of us, it is clear that we are all proud to have this state as part of Malaysia:

Penang is somewhere I’m proud to bring my non-Malaysian friends to because of the good food and great culture it has.

So – what does Penang mean to you?