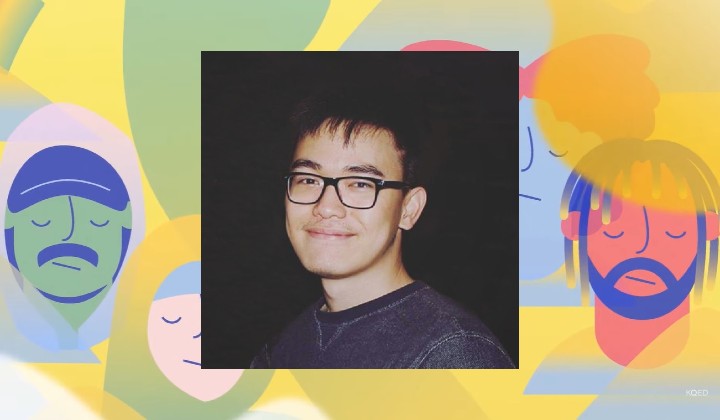 Malaysian animators continue to impress as Sabah-born Soon King Yaw’s animated short about Covid-19 and racism was selected as a finalist for the prestigious KQED Homemade Film Festival.

The Tawau-native’s film, All I Did Was Smile And Say Hello, is a 5-minute documentary from the perspective of Michelle Man, an Asian-American pharmacist, who narrates a racist encounter during the pandemic that shook her to the core.

This powerful tale beat out over 500 submissions to earn a spot in the Top 5 finalists to premiere at the KQED Homemade Film Festival. Guest judge and former president of the San Francisco Bay Area Film Critics Circle, Randy Myers even praised the film as “soulful and poignant” with “first-rate animation.”

Soon said when he first heard Michelle’s story, he was incredibly moved by how she responded to the discrimination with self-contemplation, love and forgiveness instead of hate or fear.

I wanted to make an art piece with that spirit too, to document her story. This film is not a jab against racism and the fear of this virus, but rather, a gentle reminder that we’re all human, and it’s okay to be scared but we can still  be good to one another.

Now, Soon had always been a shining talent. His career in filmmaking actually began in 2011 when the talented animator won the Malaysia Top 10 Young Artists Awards and received a full scholarship to study art at The One Academy.

His first documentary, “Something Carved And Real” even won the National Best Picture at Campus MovieFest 2016-2017 Season, and he got the opportunity to represent the organization in the Campus MovieFest showcase at the Cannes Court Métrage 2017.

He was also chosen as a US representative in the Thailand International Destination Film Festival in 2017 and his undergraduate thesis film in his mother-tongue “My Mother, Myself & I” premiered at the Oscar-qualifying Cinequest Film Festival 2019.

Though he is currently based in San Francisco, Soon told News Straits Times that he wants to write and direct a feature film based in Malaysia. His other dream is to make a music video for Yuna.

Show your support to Soon by watching his beautiful film below:

Source: "All I Did Was Smile And Say Hello" Malaysian-born filmmaker makes a name in US
Tags
award film Sabah US