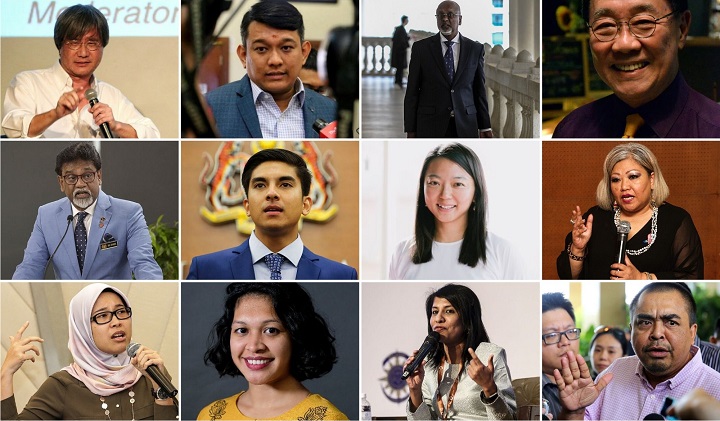 Human Rights Watch, an international non-governmental organisation that conducts research and advocacy on human rights, has stated that “abusive investigations” on critics have been on the rise since the Pakatan Nasional (PN) government came into power on 1st March 2020.

The organisation noted that the new administration is increasingly using abusive laws to investigate and prosecute speech critical of the government in a report titled “Malaysia: New Government Backslides on Free Speech” released on 10th June.

Here’s some of the concerning investigations, charges and arrests over free speech that’s happened so far.

After reporting on the 1st May immigration raids in an area under Enhanced Movement Control Order (EMCO), Tashny noted that Malaysia arrested hundreds of migrant workers and refugees, including young children, in a crackdown on Covid-19 ‘red zones’.

Later, she was called in by the police who were investigating her under Section 504 of the Penal Code (for “intentional insult with intent to provoke a breach of the peace”) and under Section 233 of the Communications and Multimedia Act 1998 (for “improper use of network facilities or network service”) for her tweets and article in South China Morning Post on the arrests.

I have been summoned to Bukit Aman this Wednesday for questioning over my reporting of the immigration raid on the downtown KL red zone on #MayDay.

I hv stated to TV3 this morning that I hv directed MCMC to not act against u. I may not like ur piece but I will defend ur right to write it. Yesterday @DGHisham has clarified d issues u raised – this is d way to do it, ie clarify & explain. https://t.co/rvJtTyVpXU

Amnesty International called the investigation a threat to press freedom as journalists who report on human rights abuses related to the pandemic should be able to carry out their work without fear of persecution.

Tashny was also added to a list of 30 “information heroes” by Reporters Without Borders for her report.

Cynthia had been called in for police questioning about a letter calling for an investigation into allegations that the government was trading favors for political support.

According to Malaysiakini, she was called in to the PJ Seksyen 8 police headquarters on 10th June for investigations under Section 4 of the Sedition Act and Section 233 of the Communications and Multimedia Act 1998.

Datuk Dr Xavier Jayakumar, former Water, Land & Natural Resources Minister and PKR party member was summoned by the police on 20th May for questioning after he criticised the government’s decision to limit the May Parliament siting to a speech by the Yang Di-Pertuan Agong (YDPA).

According to Malaysiakini, the police was investigating a video clip where he is heard saying that the recent Dewan Rakyat sitting would be “worthless” and “rubbish”.

The Kuala Langat MP is being investigated under the Sedition Act and Section 233 (1) of the Communication and Multimedia Act 1998.

Lawyers for Liberty decried the move and urged Bukit Aman to discontinue the probe as the laws used are oppressive legislation and are harmful to the right to free speech.

Datuk Shamsubahrin Ismail was charged in Sessions Court on 8th May for circulating offensive remarks with an intent to cause fear among the public via his Facebook account.

His social media comments were criticizing the government for prosecuting individuals who violated the Movement Control Order (MCO).

New Straits Times reported that the two charges against him were under Section 505 (b) of the Penal Code and Section 233(1)(a) of the Communications and Multimedia Act 1998.

For the first charge, Shamsubahrin was accused of making an offensive remark in a post titled ‘Utusan Khas buat PM8‘ with the intent of offending others on 20th April. The post was shared on a Facebook account under the name Shamsubahrin Ismail.

The second charge was for him posting the same statement on another Facebook account with the intent of causing fear or alarm among the public.

Patrick Teoh, former radio DJ largely known as the “Voice of Malaysia”, was arrested on 9th May after using an expletive in a Facebook post in response to an old video of Johor crown prince Tunku Ismail Ibrahim, also known as TMJ.

The arrest drew tremendous concern as the Petaling Jaya-based 73-year-old veteran radio announcer and actor was sent to Johor overnight in the midst of the Covid-19 lockdown. He was held in remand for 5 days.

Patrick was then charged under Section 233 of the Communications and Multimedia Act 1998 for improper network use on 14th June, which carries a maximum fine of RM50,000, or up to a year of imprisonment, or both.

The MP for Sungai Buloh and former Rural Development Deputy Minister revealed on social media that he was called to the Sungai Buloh police headquarters on 10th June regarding his comments to news portal FMT Today on November 2019.

Last year, he told the news portal that the October 2019 arrest of 12 people suspected of having links to the defunct Liberation Tigers of Tamil Eelam (LTTE) was part of a deep state plan to damage the Pakatan Harapan (PH) (then) government’s reputation.

He was particularly concerned about the use of the controversial Security Offences (Special Measures) Act (SOSMA) for the arrests.

The police had been investigating the alleged ‘deep state’ conspiracy since December 2019.

The Centre for Independent Journalism (CIJ) released a statement strongly condemning the use of Section 233 of the Communications and Multimedia Act 1998 on the investigation.

Former Deputy Minister of Women, Family & Community Development Minister Hannah Yeoh revealed on 16th June that she had been called in by Bukit Aman over a tweet she had made on child marriage in March 2020.

In the Facebook post, she had denounced PAS for demanding suspension of sale and production of alcoholic beverages in Malaysia until the issue of drunk-driving is resolved.

Malay Mail reported that the lawyer-activist is being investigated under Section 505(b) of the Penal Code for statements conducive to public mischief, and Section 4(1) of Sedition Act and also Section 233 of the Communications and Multimedia Act 1998 for improper use of network facilities or network service.

She was questioned by Bukit Aman’s Special Investigations Unit with the assistance of Malaysian Communications and Multimedia Commission (MCMC).

Former Youth & Sports Minister and Muar MP Syed Saddiq found himself in hot water three months after a 6th March interview with Al-Jazeera where he spoke out against Pakatan Nasional coming into power.

Syed Saddiq is being investigated under Section 233 of the Communications and Multimedia Act 1998 and Section 4(1) of the Sedition Act 1948.

Local news portal Malaysiakini revealed that the Attorney-General (AG) Tan Sri Idrus Harun has filed an ex-parte application to initiate contempt of court proceedings against Malaysiakini and its editor-in-chief Steven Gan over reader comments on an article.

The article was published on 9th June, titled “CJ orders all courts to be fully operational from July 1.” At the time of writing, the article has 19 comments.

In the affidavit, the AG declared that the readers’ comments threaten the public’s confidence in the judiciary and was aimed at tarnishing the administration of justice.

Steven Gan had his statement taken by Bukit Aman on 16th June as investigations continue under the Communications and Multimedia Act 1998 and the Penal Code.

Regarding the investigation on me under the Sedition Act & the Communications and Multimedia Act pic.twitter.com/F8XcsRqbpc

The police were investigating her under Section 4(1) of the Sedition Act and Section 233 of the Communications and Multimedia Act 1998.

The Joint-Action Group For Gender Equality (JAG), a women’s rights coalition, called the investigations “deeply troubling” and stressed that people have a right to be heard to ensure that their voices are not sidelined or ignored.

For his Tweets, Datuk Seri R. Sri Sanjeevan, chairman of the Malaysian Crime Watch Task Force was charged in the Sessions Court on 5th June for improper use of network facilities by making and initiating the transmission of false information on the police.

The two charges were for violating section 233(1) of the Communications and Multimedia Act 1998.

SUARAM condemned the use of repressive laws for charging and harassing activists and opponents.