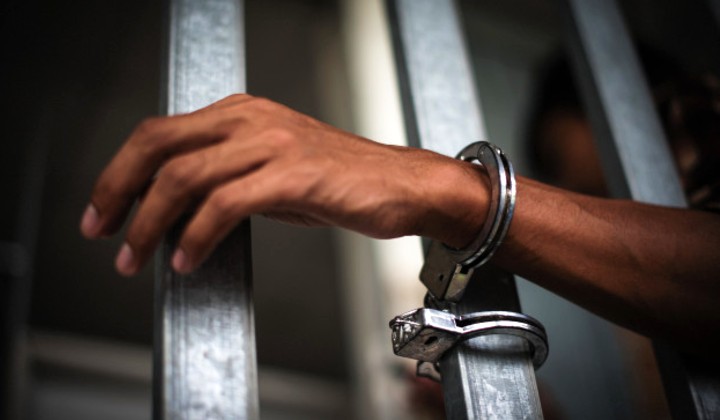 Malaysia, along with the rest of the world, watched the Black Lives Matter movement in the United States reignite following the arrest and murder of George Floyd by police. Global outrage erupted, but closer to home, there is something similar happening right under our noses.

He was then chased by members of the public and policemen for two kilometres. The policemen subdued him after a brief struggle, with one policeman stepping on his neck while the other handcuffed him twice. Sugumar did not survive the arrest.

For four hours, his body was left on the ground, naked, still handcuffed, his face smeared with curry powder. No attempt was made to check on him or transport him to a hospital. The policemen said that he was ‘too large’ to carry into a car.

For four hours, his body was ignored until he was finally sent to the Serdang Hospital morgue. He was still handcuffed upon arrival.

A postmortem suggested that Sugumar died of a heart attack, i.e. ‘coronary artery disease’. His family, and the public, were not convinced. They tried to secure an independent second-party postmortem for Sugumar from forensic pathologist Dr Pornthip Rojanansunand of the Thai Ministry of Justice, which she initially agreed to.

Bureaucratic interference made it difficult for Dr Pornthip to enter the country for the postmortem, and she later declined the request.

The matter was eventually dropped, with no action taken.

On 21 May 2013, 31-year-old Dharmendran Narayanasamy died while held in Dang Wangi police district headquarters (IPD). He was arrested with three other suspects following reports of an armed brawl in Cheras. He would be the only one held for an additional five days.

For five days, his wife Marry Susay was not told where her husband was held while she repeatedly visited Pudu police station in search of information. Finally, she was given a letter of authorization to see him.

On 19 May, after prior refusal, she was allowed to visit him for half an hour, passing him an asthma inhaler, food, soft drinks, and cigarettes. Dharmendran seemed uninjured and asked her to prepare RM3,000 for his bail.

Two days later, Marry got a phone claiming that her husband had died due to an asthma attack. When she arrived at Kuala Lumpur Hospital, she was told that he died of chest pains. Later on, the Kuala Lumpur Criminal Investigation Department (CID) Chief Datuk Ku Chin Wah publicly stated that Dharmendran died of ‘breathing difficulties’ even before the postmortem had been conducted.

The conflicting stories were immediately dismissed by pathologist Dr Siew Sheue Feng, who pinpointed the death as ‘injuried due to multiple blunt force traumas’. He found no less than 52 different injuries, including two stapler bullets embedded into both his ears and evidence of being beaten up while handcuffed.

An investigation by the Enforcement Agency Integrity Commission (EAIC) would find that the police intentionally obfuscated their involvement in the brutality, including falsifying lock-up entries, adding false narratives such as his release and re-arrest, and fictitious complaints of chest pains.

However, the High Court acquitted the four police officers accused of murdering Dharmendran. A later appeal would find the decision upheld. A civil suit is being filed by Marry.

Sugumar Chelladury and Dharmendran Narayanasamy are not the only ones.

According to a Home Minister parliamentary reply, 284 detainees have died while in police custody from 2000 to 2016. (We were unable to find more recent statistics. Please contact us if any are available.)

Further independent investigation by MalaysiaKini and Human Rights Commission of Malaysia (Suhakam) found that custodial deaths are also massively under-reported: only 1 in 4 deaths are publicized.

While Malays being the largest ethnic group in Malaysia account for the most deaths, Indian Malaysians make up a disproportionate amount of custodial deaths.

Ethnic Indians make up less than 7% of Malaysia’s population but account for almost a quarter (23%) of officially reported deaths in police custody. Suara Rakyat Malaysia (Suaram), going even further, estimates that this number could be higher at 55%.

Death of detainees are often attributed to ‘natural causes’- asthma, jaundice, heart disease, tuberculosis- yet all are generally preventable or treatable with appropriate medical attention.

In the United States, “I can’t breathe” is the famous last words of George Floyd, the black man killed when Minneapolis police used an unapproved knee-on-neck restraint that blocked his airways.

Later, an official autopsy from the medical examiner’s office would suggest that George Floyd’s heart failed, i.e. ‘cardiopulmonary arrest’ in the struggle leading up to his arrest. Independent autopsy results concluded that he died of suffocation, i.e. ‘asphyxiation from sustained pressure’.

Injustice repeats itself regardless of where it happens- but this time, George Floyd’s death reignited the fervor of the #BlackLivesMatter movement, shining a spotlight on police brutality and the flaws in the US justice system.

Malaysia has always been iffy on human rights, but there are resources available like the Human Rights Commission of Malaysia (Suhakam) and independent human rights organisation Suara Rakyat Malaysia (Suaram).

In the past week, #BlackLivesMatter took over Malaysian newsfeeds, partly thanks to our former Miss Universe Malaysia.

On the plus side, it raised awareness about the movement in the United States. Malaysians quickly jumped in on the #BlackOutTuesday trend, posting a black square image in virtue-signalling solidarity.

#BlackOutTuesday was meant to be a way to create awareness and accountability so that more people can educate themselves about the Black Lives Matter movement.

While it’s an impressive feat of social media justice, there are actual steps being taken to improve the situation through an Independent Police Complaints and Misconduct Commission (IPCMC).

The IPCMC, first suggested by the Royal Commission to Enhance the Operation and Management in its report published in May 2005, would deal with police misconduct such as police brutality, custodial deaths, shootings and cover-ups.

The Bill to implement it is being reviewed and refined by de-facto Law and Parliamentary Affairs Minister Datuk Takiyuddin Hassan and Home Minister Datuk Seri Hamzah Zainudin.

It will then be brought to the Security Cluster, led by Senior Minister (Defence) Datuk Seri Ismail Sabri Yaakob, before being presented to Cabinet for a decision.

Meanwhile, Inspector General of Police Tan Sri Abdul Hamid Bador said in November last year that while he has welcomed the IPCMC, he hopes it will not be rushed through as some points raised on the proposed Bill were not given fair attention.

11 Must-Try Indian Desserts To Sweeten Up Your Deepavali Weekend

Light Up Your Deepavali With Movie Specials On Astro Channels