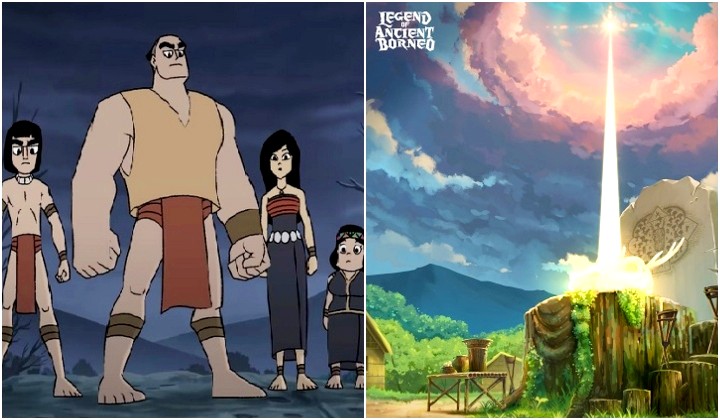 Not many Malaysians may be aware of Legend of Borneo – a Sabahan animated film, narrated entirely in the Kadazan language that’s been making rounds at international film festivals for the past year. We think it’s time to change that.

Produced by All-For-One Productions, the 100% Sabahan film has been screened at over 20 film festivals around the world – including the United States, Italy, Greece, India and Portugal.

The project actually got its first victory at home, when it won a RM100,000 grant through the Intellectual Property Creators Challenge (IPCC) 2018 organised by the Malaysia Digital Economy Corporation (MDEC).

From there, it was full steam ahead for the Legend of Borneo team to finish the film and make their grand debut.

And what a debut it was!

The film was also selected as the finalist for the Rome Prisma Independent Film Awards in Italy as well as MAAC 24FPS International Animation Awards in India.

But after a year of gaining international acclaim, Legend of Ancient Borneo finally makes its local premiere on YouTube.

If you’re a fan of the element-bending Avatar animated series, Legend of Borneo gives the same sense of mystical adventure and excitement.

Based on a fictional comic by Sabahans Aks Kwan and Robertson Sondoh Jr., the story follows the journey of four warriors in a village in ancient Borneo battling a gang of reptiles who looted the village of its sacred dragon skull.

Armed with the powers of the elements, wind, fire, lighting and strength, the warriors chase after the thieves and soon learn of the truth behind their village’s prosperity.

Have we already mentioned it’s the first animated film in Kadazan?

The exquisite wood carvings seen in the 9-minute short were done by Sabahan artist Rizo Leong who’s collections have also been displayed internationally.

Director Geoffrey Sinn from All-For-One Production told Daily Express that the team entirely consists of local Sabahan talent because he wanted to push boundaries and create a space for local animators to shine.

The biggest challenge is the industrial gap between Sabah and the rest of the world. There are good talent pool in Sabah, but these talents lack industrial exposure. So, we spent quite a lot of resources on getting the team ready.

The director also told the East Malaysian news portal that he hopes the film has made the state proud and he promises to continue his best to present Sabah’s culture on the world stage.