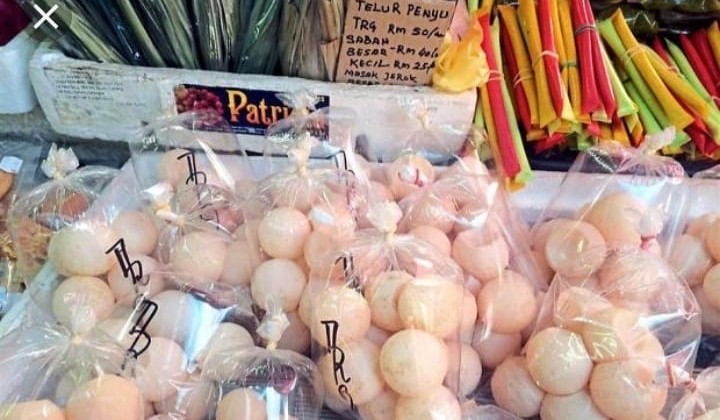 Turtle eggs, or telur penyu in Malay, are a local traditional delicacy from sea turtles that lay their eggs on our beaches.

Malaysian sea turtles populations are at risk as their nests are often plundered by humans. While sea turtles are protected in East Malaysia, enforcement is often lacking and eggs are still openly sold.

However, turtle egg traders have grown bolder by now offering the eggs for sale on online platforms such as Shopee and Facebook marketplace.

A collection of screenshots from Twitter account @ZoologiMY notes the audacity of such open sales. They claim to have seen many sellers promoting the culture of eating turtle eggs during the fasting month, claiming that eggs are now plentiful and enough to be sold for profit.

Each individual state in Malaysia have their own legislature for dealing with the sale and consumption of sea turtle eggs. Only in Sabah and Sarawak are they totally banned, even though you can still easily obtain turtle eggs in those states.

The rest of the states have some regulation through trade concessions, except for Perlis and Selangor which has no regulation at all due to insignificant nesting areas, although this also means that many turtle eggs are traded through these states.

Conservatory groups and local activists have pushed strongly for more enforcement and additional protection, especially for green turtles that nest in Terengganu.

Despite conservation efforts, these eggs are still sadly available and sold online.

The small piece of good news is that listing for turtle eggs can no longer be found on the online e-commerce platform Shopee anymore, most likely due to multiple reports made on the app by concerned netizens.

Turtle egg sellers will not stop selling the eggs for profit unless demand for the eggs stop. Even though many countries report an increase in turtle nesting sites and successful hatches due to decreased human activity on the beaches, the human appetite is insatiable and must not be left unchecked.

Turtle eggs being sold in Sabah