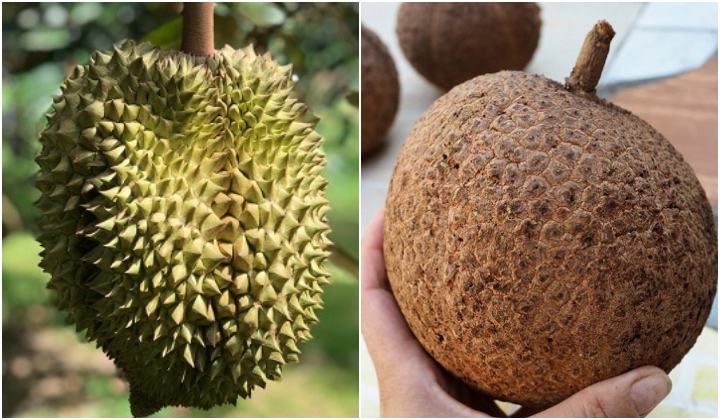 The thorns are such an integral part of the King of Fruits. After all, its name comes from these sharp spokes that literally put the duri (thorn) in durian.

Battling this spiky shell is half the joy of eating durian, almost as if you’ve battled to earn the right to the sweet, custardy flesh within.

But it turns out, a thornless version of the durian exists!

According to South China Morning Post (SCMP), the existence of this bald durian was first recorded in 2007. Durian gundul, as it’s called in Indonesia, was spotted growing alongside its thorny brothers, on a villager’s tree at Lombok.

The singular bald fruit dangled from the tree, puzzling its owners. They were apprehensive of eating the fruit, fearing that it might be poisonous and let it be.

The next durian season, however, the thornicularly-challenged fruit reared its head again. Curious, the owner’s son cut open the fruit to taste the flesh, only to discover that it tasted just like any other durian.

As it turns out, the thornless durian wasn’t limited to Indonesia alone.

A durian blog called Year of the Durian describes it resembles kampung durian with a sweet, sugary taste.

However, it seems that nobody really wants a bald, thornless durian.

Based on a June 2019 article by a local news portal, the Department of Agriculture-Davao is actually discouraging farmers to plant in large-scale the Thornless durian variety because there was simply no market for it – locally or internationally.

Amongst the biggest gripe against baldy is that the taste is far less inferior to its spiky cousins.

Despite the thornless durian’s failure to launch in Davao, agricultural experts in Indonesia are hard at work trying to cultivate the bald durian.

SCMP reports that cuttings from that lone thornless durian tree in Lombok were taken by local agricultural officials in hope that they could produce more of the peculiar fruit.

As it turns out, it took a whopping 12 years and 50 grafts for their attempts to, well, bear fruit.

Maisin, Head of seed inspection and certification in West Nusa Tenggara to SCMP.

The agricultural office produced over 23,000 seedlings, but none of them produced any bald durian-producing trees. This included earnest attempts by botanists from the Mekarsari Fruit Garden as well as the University of Mataram’s faculty of agriculture.

But why go through all the trouble?

All of the organisations diligently cultivating the durian tree have been trying to establish the nature of the phenomenon.

No one knows if it’s caused by a mutation or a recessive gene, but they’re determined to find out anyway.