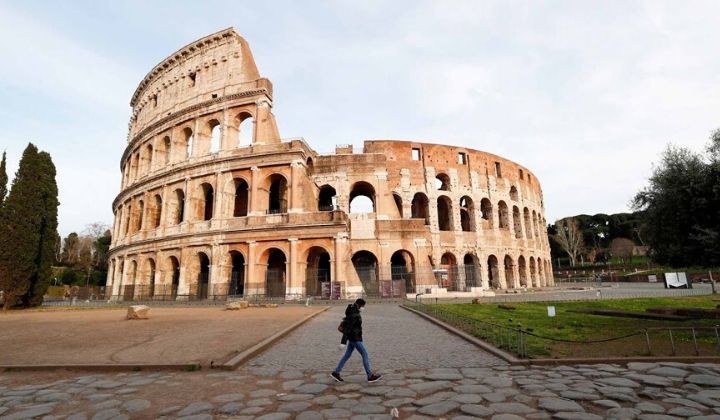 All pictures shown are for illustration purposes only.

Felicia Soo has been penning her daily thoughts on Facebook since the Italian government announced a nationwide quarantine. Her daily updates are eagerly awaited by friends and family who are within her social media network – including myself – as it offers a glimpse of what the situation is like in Italy from the eyes of a fellow Malaysian.

The whole of Italy went into lockdown on 11 March 2020, and the Prime Minister has recently extended it to 3 May 2020. At the point of writing, most Italians would have gone through 36 days under quarantine.

This is the start of Felicia’s fourth year in Rome, a city where she currently works and has started a family.

She was about to write her updates from the 35th day when I contacted her. These updates always start with a title that indicates the days under quarantine, such as “Quarantine Day 5”, before going into her observations of the situation and thoughts of the day.

According to Felicia, these titles are changed according to the different phases and extensions of Italy’s nationwide quarantine. She titled the third phase “Social Distancing Day 22” and the latest extension “Farewell Virus Day 33”, which I felt indicates the growing optimism in the country.

Nobody expected this to happen

Before Covid-19 started to spread in Italy around mid-February 2020, no one thought it would happen.

“I work a lot with Chinese clients and when I first heard from them, I did not believe that it will happen in Italy, at least not that widely spread. The city where the epicentre of the virus happened (Wuhan) is way too far from us,” she said.

When cases started to pop up in Italy, Felicia recalled politicians initially dismissing the severity of the disease at that time, saying “it’s just like flu”. Even after people realised how serious this disease was, not many appeared to take it seriously.

For example, masks are provided by the headquarters but people are reluctant to wear them due to the stigma that masked people are sick and it will turn away customers in the retail industry.

From singing on the balconies to total silence

News and videos of Italians singing from their balconies were subjects of trending news during the early days of the lockdown. Felicia noticed that many of them started the nationwide quarantine in high spirits, seeing it as a necessary sacrifice for a greater good.

However, there were no more songs to be heard after the government announced the first extension. “Many started to question the human rights aspect of it and pressed the government for financial assistance,” Felicia noticed.

She also wrote about some of the unhappiness she observed during this period in her daily updates. Workers from the essential services sectors – such as garbage collectors and public transport employees – have gone on strike as there was not enough personal protection equipment for them. There were also reports of a lady in Naples venting her frustrations on the streets because she could not get hold of the ambulance for a whole day – her husband was having difficulty in breathing.

Personally, I felt that the most harrowing scene she described was one where people were seen begging the police for financial help. Apparently government financial aid was slow to reach people who depend on daily wages, and their savings were exhausted in the first two weeks. They had no choice but to knock on the police stations’ doors to ask for aid.

After Italy announced its lockdown, the Embassy of Malaysia in Rome started to arrange flights for Malaysians who wish to return home. One of her friends decided to board the flight to be with family during this difficult time, but Felicia decided to stay on as she had just started a new career and family in Rome.

When asked if she feels especially homesick during this period, she said, â€œMany times, home sick is not an option. Well yes, I am worried about the well-being of my friends and family over there, but there is so little I can do.â€

Throughout this period, Felicia wrote that she keeps herself busy by catching up on some television series, baking, and improving her Italian. She also wrote in her daily updates that she will try to pen more positive thoughts.

This pandemic happened before, a hundred years ago, and we survived it. I believe it will be the same.

“It was extremely quick and unexpected. I am very glad that they did,” Felicia said. She keeps herself up-to-date with news in Malaysia as well, and is happy to read that the government, non-government organisations (NGOs), and ordinary Malaysians are going all out to care for the needy.

“Being a rather young nation (compared to Italy), I think the people generally acted more quickly and smartly in adapting to this difficult situation,” she said.

“We will be better once we start”

Along with the extension to 3 May, the Italian government also allowed some businesses to resume operations. These include children’s clothing stores, laundromats, manufacturers of computers and other electronics, etc. Felicia described this as the world waking up from a month-long slumber – and she feels hopeful for the future.

Like what Prime Minister Tan Sri Muhyiddin Yassin said, we will need to get used to the “new normal” for the next few months, or even years. The world will get through this, we just need to adjust to a new way of living.

Felicia echoes this sentiment and remains positive about the future.

Maybe it will take few months or a few years for us to return back to the norm as before, but I am keeping positive thoughts.