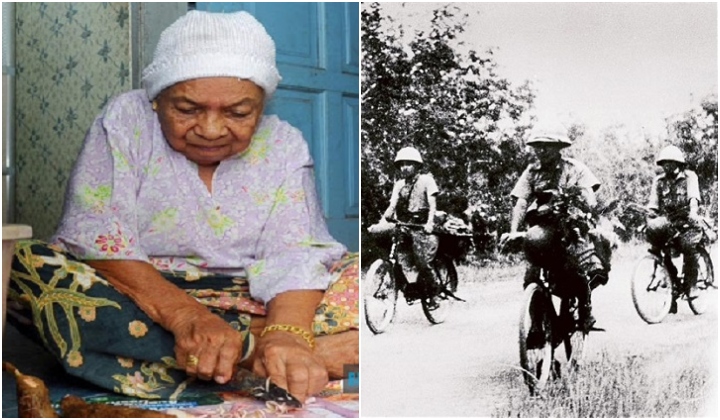 Staying inside for days on end with restricted hours of being outside may be a new experience for many young Malaysians under the Movement  Control Order (MCO), but for the nation’s older ones, it’s history repeating itself.

For its 63 years of independence, Malaysia has never been under imposed curfew, but Malaya has during the Japanese Occupation.

87-year-old Wook Esah, from Kampung Mohd Noor in Batu Pahat, is one who survived the 3-year occupation that began in December 1942.

When World War 2 broke out, the Allied forces (UK, US etc) formed a blockade on Japanese occupied territories, severely restricting its access to supplies. As Malaya imported most of its rice requirements, which is a staple, this meant that food supply ran low and rice was rationed.

Speaking to Bernama, the octogenarian recalled the difficulty in finding food during the dark days.

According to Wook Esah, people had to get creative and fully utilise whatever was available – such as tapioca, which used to make everything.

It was boiled, steamed in banana leaves, deep fried, made into cakes, fermented and even the leaves were boiled for consumption.

I’m sure everyone knows about this plant and its tuber. Normally people enjoy it as kerepek (chips) or boiled or fried, but not many know that the skin is edible, too.
During the Japanese Occupation, the skin was not thrown away like now but was turned into a main dish like masak lemak (a coconut milk gravy dish).

This resourcefulness has since translated into a similar self-sufficiency during the MCO. Wook Esah told Bernama that she has not ventured beyond her house compound throughout the MCO.

The grandmother of three has taught her children and grandchildren how to make full use of village vegetables and they now benefit from the vegetables and fruits they grow.

She does note that food supplies are more readily available in this situation that it was during the Japanese occupation.

However, the danger is just as potent.

If before this you could see the enemy, this time the enemy is more dangerous because it can’t be seen and my family will abide by the MCO rules until we’re completely safe from Covid-19.