Malaysians making waves from over 100 years ago. 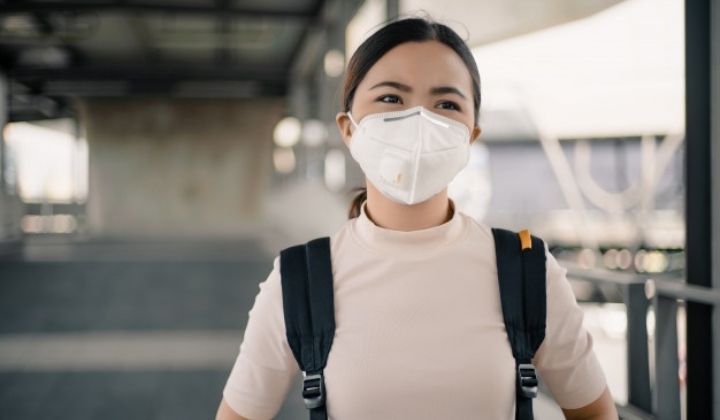 Ah, the N95 mask. To Malaysians, they are most synonymous with the annual haze season. But the recent Covid-19 pandemic has seen people wearing them for protection too. It might surprise you to know that this very simple yet effective mask was originally the idea of one of our very own.

The story starts in what is now known as Northern China

In late 1910, a plague broke out across the region of Manchuria. If you thought Covid-19 was bad, this plague was apocalyptic. No one has seen a plague as bad as this one. It killed 100% of those infected and it killed them within 24 to 48 hours of developing symptoms. It was similar to the descriptions of Black Death.

Now, Manchuria was broken up in politically complex jurisdictions shared between China and Russia. These two countries, not wanting to look weaker than the other, unofficially triggered a scientific race to figure out what was causing the plague, and stop it.

The doctor was young, born in Penang, studied medicine at Cambridge, and spoke lousy Mandarin. As the plague quickly attracted attention internationally, Dr Wu didn’t seem as impressive as the other doctors from around the world.

Despite that, after conducting an autopsy on one of the plague’s victims, Dr Wu determined that the plague was actually spread through the air, and not by fleas as many at that time suspected.

He didn’t stop there. He then expanded on the surgery masks he’d seen being used in the West – these weren’t much more than a handkerchief tied around one’s face – and developed a more robust mask from gauze and cotton, which wrapped securely around the face and then added several layers of cloth to filter inhalations.

Dr. Wu’s invention was a breakthrough

The mask was amazing and effective. It protected its users from bacteria and other airborne contaminants. It was also designed very well. It could be easily made by hand using materials that were cheap and easily found.

Yet, some doctors still doubted if it worked or if Dr. Wu was on the right track.

Apparently, there was one famous incident where a French doctor named Dr Garald Mesny confronted Dr Wu about his findings. Dr Wu explained to him the theory of the plague being pneumonic and airborne.

The French doctor proceeded to racially insult Dr Wu, and to prove his point, he attended the infected people without wearing Dr Wu’s mask. Two days later, the French doctor died from the plague.

What can we expect from a Chinaman.

After this, other doctors in the region also came up with their own version of a mask, but at the end of the day, Dr Wu’s mask design still came out on top.

The mask started being mass-produced, and soon it was worn by medical staff, soldiers, and the general public too. It helped prevent the plague from spreading further, and when the Spanish flu arrived in 1918, scientists and the public alike wore the masks again.

The N95 mask we wear today is a descendant of Dr. Wu’s design.

It was created in the 1970s, by the American Bureau of Mines and the National Institute for Occupational Safety and Health. They called it the “single-use respirator”. The first single-use N95 dust respirator as we now know it was developed by the American multinational conglomerate 3M.

Yep, that same brand that you know and love.

Tags
made in Malaysia N95